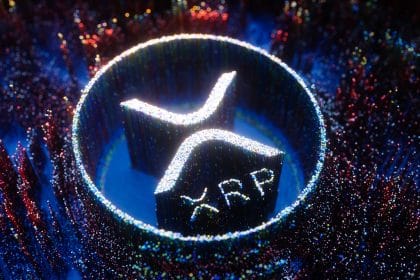 Over the past week, XRP has been on the rise like Bitcoin and Ethereum. With a market cap of over $ 12 billion, XRP is currently trading at $ 0.27.

As the number of XRP whales increases, PayPal Holdings Inc (NASDAQ: PYPL) has revealed why it doesn’t support the coin on its new crypto service. In partnership with Paxos Trust Company, PayPal said the joint venture followed regulations set by the Securities and Exchange Commission (SEC).

Over the past week, XRP has been on the rise like Bitcoin and Ethereum. With a market cap of over $ 12 billion, XRP is currently trading at $ 0.27.

Data Santiment showed that as XRP increased, so did the number of XRP whales in the past week.

$ XRP it had an impressive + 8.4% per week, and is currently the number 1 rising asset in the talk rate on #crypto platforms. The rise of holders of coins containing large amounts of $ XRP it was very noticeable, as addresses with 10-1M tokens are at the new ATHs. https://t.co/IMGAtsz2hf pic.twitter.com/n9X3nHRVDj

XRP grows despite not being supported by PayPal

A CryptoNewsFlash report found that the number of XRP whales had reached an all-time high. XRP holders with over 1 million tokens have climbed an ATH of 17,625. Furthermore, there are now over 10 million XRPs in 307 whales.

Additionally, XRP addresses between 100 and 1,000 XRP also hit an all-time high. Specifically, CryptoNewsFlash stated that the addresses are 332,560.

Following PayPal’s announcement to support specific cryptocurrencies, the cryptocurrency market has seen gains. Most significant is the upward trend in the price of Bitcoin, which is one of the four digital assets supported by PayPal. Recently, the king’s coin reached $ 16,000 for the first time since 2017 and surpassed $ 300 billion in its market value.

In addition to Bitcoin, PayPal also announced its support for Bitcoin Cash (BCH), Litecoin (LTC) and Ethereum (ETH). This has generated a lot of reactions from the crypto community as to why PayPal didn’t include XRP on the list.

On November 13, Paxos CEO and co-founder Chad Cascarilla spoke about the company’s decision to support certain digital assets. In an interview with Laura Shin of Unconfirmed, Cascarilla attributed the decision to SEC regulations. He said:

“Bitcoin, Bitcoin Cash accordingly, Litecoin, which are very similar, and Ethereum were essentially adopted by the SEC, Bitcoin explicitly and Ethereum explicitly. And once you start moving away from these first four, there are always a few questions around them. Not just for us, but for the industry in general. So it’s something we need to be sensitive about. “

“The whole point of XRP in our context is to be a bridging asset … The point is to allow a lot of efficiency and liquidity between XRP and the US dollar and XRP and the Australian dollar.”

Ibukun is a cryptocurrency / finance writer interested in conveying relevant information, using non-complex words to reach all audiences. In addition to writing, she enjoys watching movies, cooking and exploring restaurants in the city of Lagos where she resides.