On the blockchain, anyone can be an art dealer 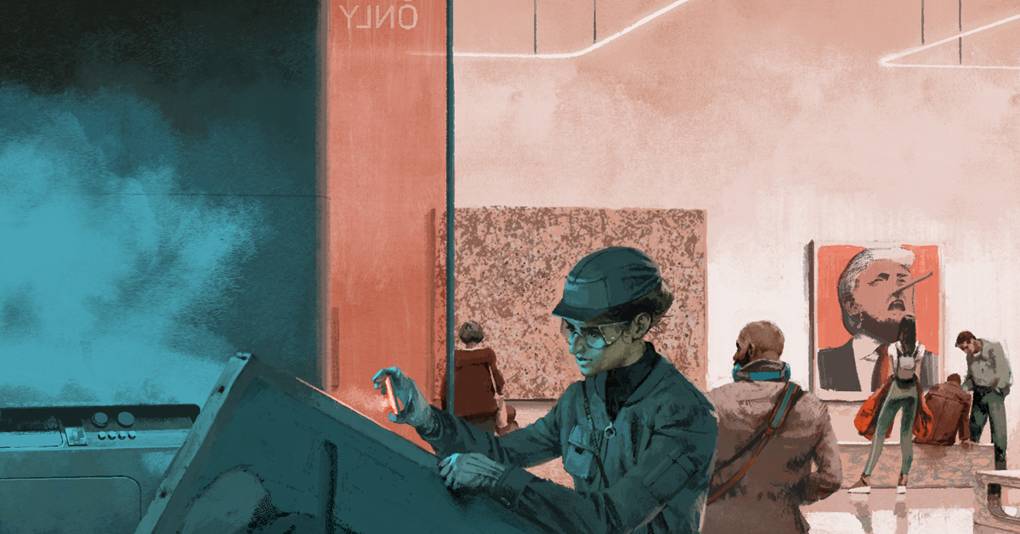 In 2019, the blockchain will continue to be distributed in new ways – and in areas not always associated with the adoption of new technologies. Santander estimates that the blockchain could save the $ 20 billion banking sector by 2022.

The demand for blockchain skills in the freelance job market has grown 6,000 percent in the last year. In both the public and private sectors, blockchain is starting to bear fruit in the form of greater security, smart contracts and easier logistics management. In the next year, the art market will join the party, distributing blockchain in innovative ways.

A decentralized and distributed digital register has clear applications for the purchase and sale of works of art, an industry valued at $ 63.7 billion in 2017. Blockchain encryption will maintain online transactions safe. Transparent business stories will accelerate transactions and help demonstrate ownership, showing that a seller has the right to trade. And by allowing more exchanges to take place digitally, blockchain will open the art market to a wider range of people.

At present, proving that the origin of a piece depends too much on trust, obsolete systems, paper and individual authoritative bodies. As such, artistic fraud remains an important problem. At least half of the works examined by the Institute of Fine Arts in Geneva are false or have been attributed to the wrong artist.

In 2019, blockchain will play an important role in countering this – by providing a permanent record of the history of a piece from initial authentication to current ownership. The London startup Verisart, which creates digital certificates based on blockchain for works of art and collectibles, is already working with contemporary artists to create a safe provenance for an art work from the moment of its creation. Artory and Bidpoc of New York, based in Shanghai, are doing the same. Expect it to become standard practice for new art works as they enter the market.

Older pieces should be verified as authentic by a specialist or by the artist's assets before being linked to blockchain certificates. This will be a slower process, but it is expected to increase the number of buyers and sellers who will appreciate the guarantees offered by this certification.

What is the blockchain? WIRED explains

For digital art, obviously, the opportunity is immediate. Because of the ease of replication of these jobs, attributing them to the blockchain from the offset maintains their scarcity. Ascribe, founded in Berlin in 2014, is one of several startups that use blockchain to allow digital artists to stay in control of where and how their work is viewed, copied and distributed. It also provides a platform for digital artists to license their work and receive royalties for re-use.

Blockchain will also change the way collectors hold art and use the art they own. A 2018 report published by the Oxford Internet Institute, Alan Turing Institute and DACS, which campaigns for author rights and property rights of visual artists, claims that blockchain could allow more works of art to be owned jointly by a number of people, or to be used as collateral against loans.

Some banks lend money to collectors against the value of the art works they own, but they are often reluctant to do so because the illiquidity of the art market (the relative frequency of art works) on the market) means that estimating the value of a piece is difficult. Moreover, there is no guarantee that the bank will find a buyer for the work of art if the lender is unable to pay off the loan. Blockchain will address this problem by making the market more liquid.

Blockchain is now explored throughout the art world. Verisart collaborates with ArtSystems of New York, which provides software to the galleries and uses a blockchain-based certificate that galleries can use to catalog the articles in their collections.

In July, Vastari, a London-based museum consultancy company, ran an art + tech summit focused on blockchain with Christie & # 39; s. And in 2018, the world's first cryptocurrency auction was held in the world – using the Maecenas platform, buyers were offered the opportunity to own a fraction of the 14 small electric chairs of Andy Warhol, the value of 4.2 million pounds.

At present, only five percent of the $ 500 billion blockchain industry focuses on the art market. But this will change in 2019 with the blockchain that increases the speed, transparency and volume of sales of art globally and, most important of all, democratizes the sector so that all of us, artists, collectors and spectators , we can benefit from its riches.

Ed Vaizey is a member of the British parliament and served from 2010 to 2016 as a minister for culture, communications and creative industries

More from The WIRED World 2019

– An e-bike revolution is about to lift urban transport

– How companies will use AI to counteract harassment in the workplace