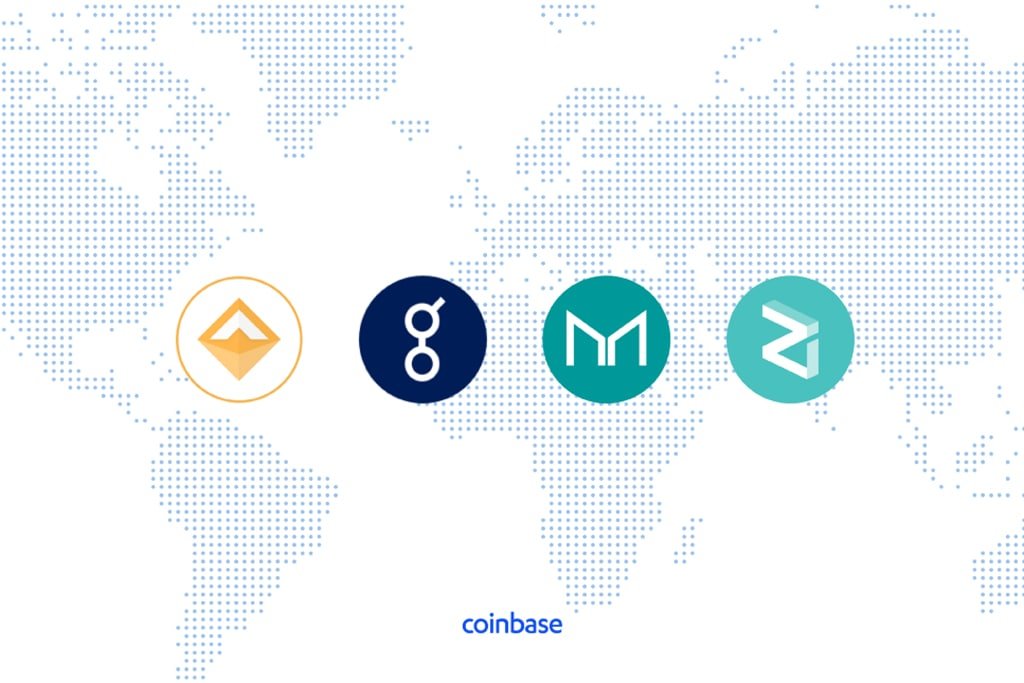 "Our decision to first add the ERC20 tokens is based on the relative ease of integration of the standard with our existing infrastructure, particularly from a security point of view".

In their celebration "12 Days of Coinbase", they announced support for DAI (DAI), Golem (GNT), Maker (MKR) and Zilliqa (ZIL). Of these, GNT is not technically an ERC20 token, but is a token based on Ethereum.

Incoming transfers for DAI, GNT, MKR and ZIL are now available in the regions where trading is supported. Traders can not place orders yet and no order will be filled. Order books will be in transfer-only mode for a minimum of 12 hours. https://t.co/Ov3BtA1BWE

Each of these tokens has associated features, some of which may be in beta. In addition, the features associated with each token are not currently directly accessible through the Coinbase Pro platform.

For example, the Golem GNT token provides access to a distributed computer farm, the Zilliqa network can be used to test high-performance smart contracts, and MKR and DAI tokens form a set of matched assets where MKR provides governance and DAI it is a decentralized stablecoin, supported by guarantees. In particular, direct access to the functionality of the smart contract will not be immediately available through Coinbase Pro.

As a result, users who want to engage in MKR governance, use GNT tokens to send render tasks to the Golem beta network, use features like Compound or exit DAI positions in case of global settlement will have to move their resources from Coinbase Pro for a local portfolio.

At Coinbase they said:

"Our US Pro platform, managed by Coinbase, Inc., will support trading in DAI and GNT only, and Coinbase's international subsidiaries will support MKR and ZIL trading for clients in selected jurisdictions outside the United States.

We recognize that there are popular goods that we have not yet added to our platform. Our decision to add the ERC20 token derives primarily from the relative ease of integration of the standard with our existing infrastructure, particularly from a security point of view. However, as noted in our previous post, we are exploring the addition of many new resources beyond the ERC20 token over a jurisdictional jurisdiction. "

In Coinbase they stated that they will accept deposits for at least 12 hours before allowing trading. Once sufficient liquidity is established, trading will begin on each USDC order portfolio. Support for GNT and DAI will initially be available to Coinbase Pro users in the United States (excluding NY), the United Kingdom, the EU, Canada, Singapore and Australia.

MKR and ZIL will not initially be available to customers in the United States, but will be exchangeable for users in the United Kingdom, EU, Canada, Singapore and Australia. Additional jurisdictions can be added at a later time.

There will be four phases for the launch, as described below. Coinbase plans to follow each of these phases independently for each new order book. If at any time one of the new orders does not satisfy their assessment for a healthy and orderly market, it could keep that particular book in a state for a longer period of time, or suspend trade according to their trading rules.

Coinbase is rapidly improving their platform

Probably the most important announcement for long-time investors, as Coinbase investors had a limited choice until recently, the inclusion of multiple tokens follows Coinbase's decision to support ERC tokens -20.

The exchange has gradually added several tokens to the exchange, such as 0x (ZRX) and Basic Attention Token (BAT).

Coinbase received a lot of attention from the public in the second half of 2018. With the new features and new tokens scheduled for 2019, it is doing a remarkable job in bringing exposure to cryptocurrency and in particular to altcoins.

The new additions have raised some concerns in the community. Previously, the company was cautious about adding new coins. The rapid addition of these new ERC20tokens could expose the company to additional responsibilities due to the potential classification of securities.

Another controversy is the reason why Coinbase chose this particular order for token lists. If the process is random or influenced by other factors, it is subject to speculation.

At Coinbase they said:

"One of the most common requests we receive from customers is that we can exchange more assets on our platform.With the recent announcement of our new quote process, we expect to list more assets over time that meet our standards."

Nonetheless, the expansion of Coinbase's coin offerings will allow fans to access a wider range of cryptocurrencies, adding liquidity to the market and perhaps even triggering additional adoption.

The company announced on Tuesday that the A Series investment will be used to enrich its team of engineers and will continue to work to index 95% of all data relating to the negotiation of cryptographic resources.

Nomics' CEO and co-founder Clay Collins told CoinDesk that, at present, almost all startup employees are working full-time on development. This reflects the immense amount of data that Nomics is trying to index, he said, explaining:

"While it is a fairly trivial task to evaluate (and have lists for) 95 [percent] of all cryptoassets, obtaining raw ticks / exchanges, all data on the chain and order data (including historical orders) for these resources can turn out to be a real engineering challenge. "

Just for a reminder, on their eighth day, Coinbase introduced a new feature called Convert, which customers can use to convert a cryptocurrency into another.