No secondary prevention benefits with Omega-3 in the elderly 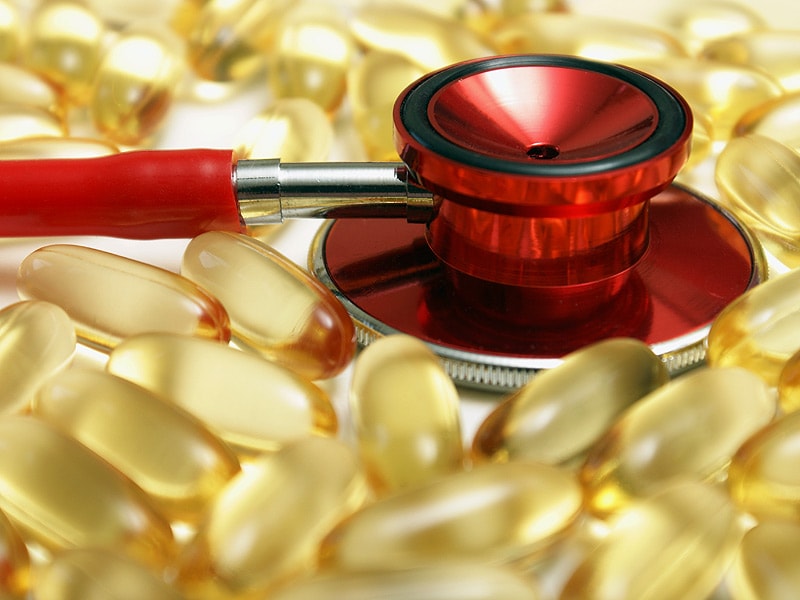 Omega-3 fatty acids in addition to standard care did not reduce major cardiovascular events or death in elderly survivors of acute myocardial infarction (MI) in the OMEMI randomized trial.

In addition to the lack of benefit observed at 2 years, there was a non-significant increase in new onset atrial fibrillation in those taking 1.8 g of eicosapentaenoic acid (EPA) and docosahexaenoic acid (DHA) per day compared to a placebo. based on corn oil.

The results, which were published simultaneously in Circulation, echo those from the STRENGTH study reported in the same latest scientific session showing no benefit on cardiovascular event rates of a high-dose combination of EPA and DHA in a brand new product (Epanova, AstraZeneca).

The OMEMI results, however, are particularly impacting for the elderly, often excluded from clinical trials and whose cardiovascular risk remains particularly high, even with simultaneous secondary prevention.

Alberico L. Catapano, PhD, MD (HC), the discussant during the session tasked with interpreting both studies, said dose may have played a role in today’s neutral results compared to the REDUCE-IT study, in which 4 g per day of EPA only (icosapent ethyl, Vascepa, Amarin) reduced the relative risk of major cardiovascular events in patients at high cardiovascular risk by 25%.

The new data are consistent with a meta-analysis showing a greater effect with higher or lower doses of omega-3 fatty acids, he said. Recent studies also indicate that EPA may behave differently in stabilizing cell membranes and adding anti-inflammatory effects than DHA.

Although both the STRENGTH and OMEMI studies used a corn oil-based placebo, much was done about a potential negative effect of a mineral oil-based placebo such as the one used by the REDUCE-IT investigators. However, “all the information we have is circumstantial to say that the placebo made a difference for REDUCE-IT,” said Catapano, of the University of Milan, Italy.

It also dismissed the argument that REDUCE-IT may have enrolled patients with more established coronary artery disease (CAD), as all OMEMI patients had CAD.

Solid evidence is still needed to explain why the results are conflicting, Catapano said. “Certainly the dose was different and this could be, in my opinion, one of the probable explanations. There is certainly, however, a common result: an increasing incidence of atrial fibrillation, even if insignificant in OMEMI”.

The Omega-3 Fatty Acid Study in Older People with Myocardial Infarction (OMEMI) included 1,027 patients, aged 70 to 82, who had acute MI 2 to 8 weeks before being assigned to receive 1.8 g of omega-3 polyunsaturated fatty acids (930 mg of EPA and 660 mg of DHA; Pikasol, Orkla Health) or placebo corresponding to corn oil (56% linoleic acid, 32% oleic acid, 10% palmitic acid). The total dose was divided into three capsules once a day.

At baseline, the median age was 74 years, 29% of patients were female, and all but two patients were white. About half had known previous cardiovascular disease at the time of the MI. Almost all were taking statins (96%), and 86% were also receiving antihypertensive drugs and dual antiplatelet therapy.

Kalstad pointed out that omega-3 supplements or cod liver oil were used by 40% of patients and triglyceride levels were relatively low, at 115.4 mg / dL in the omega-3 group and 107.4. mg / dL in the placebo group.

Researchers hypothesized that omega-3 fatty acids in addition to standard care would reduce the primary endpoint – a compound of non-fatal myocardial infarction, unscheduled revascularization, stroke, hospitalization for heart failure and death from all causes – by 30. % at 2 years.

Similarly, there was no significant effect on any of the individual components, including death (28 events in each group), or on 12 subgroups, including age, triglyceride levels, and prior omega-2 supplementation. 3. The results also remained neutral in the per-protocol analyzes.

While the difference was not statistically significant and the number of patients was small, “we can’t rule out potential harm in increasing the risk of atrial fibrillation,” Kalstad said.

The primary safety endpoint of major bleeding was not significantly different between the omega-3 and control groups (10.7% vs 11.0%; P. = .87) and no patients discontinued study drug due to bleeding.

The most common reasons for discontinuing study drug were hospitalization or intercurrent illness, difficulty swallowing capsules, and nonspecific gastrointestinal symptoms.

Overall, self-reported adherence was generally good with 88% in both groups, Kalstad said. This was supported by an almost 100% increase from baseline in serum EPA levels in the omega-3 group, although well below the 386% increase in EPA at 1 year in REDUCE-IT.

In particular, the omega-3 group showed a median variation of + 87% in the concentration of EPA and a variation of + 16% in DHA, while the variations of the placebo group were respectively –13% and –8%, expressed as relative changes from baseline, according to the newspaper.

Asked about the potential for biological differences in the effects of the icosapent ethyl formulations versus the combined omega-3 formulations and whether the EPA levels achieved influenced clinical outcomes, Kalstad said the way they measured serum fatty acids generated sets. point that may not be directly comparable with other studies. Participants in OMEMI also appeared to start at higher baseline levels than those in other studies.

However, “it is tempting to speculate if there is some kind of” sweet spot “for both the cardiovascular effects, the benefits and the potential harm to atrial fibrillation,” Kalstad said.