Moon and Mars conjunction visible tomorrow: How to see Mars and the Moon together | Science | news 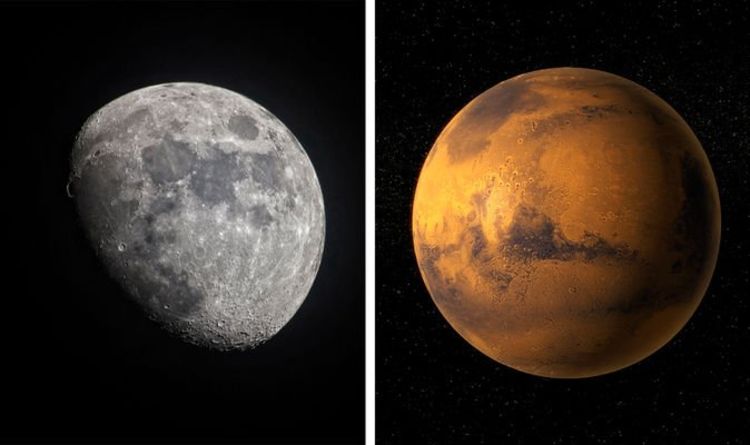 Astronomers are looking forward to tomorrow night, when the Moon and Mars pass close to each other.

Tom Kerss, host of the Star Signs: Go Stargazing podcast, said: “The Moon, meanwhile, is getting close to Mars this week, forming a conjunction Wednesday night as it passes south of the Red Planet among the faint stars of Pisces. . “

How to see the Moon and Mars conjunction tomorrow:

The Moon will be easy to spot tomorrow as it will be about 80% illuminated in its waxing Moon phase.

And although Mars will be much smaller and fainter, similar to a bright star, it will remain visible until the end of the year.