Moldova: Maia Sandu in front of Igor Dodon wins in the presidential elections 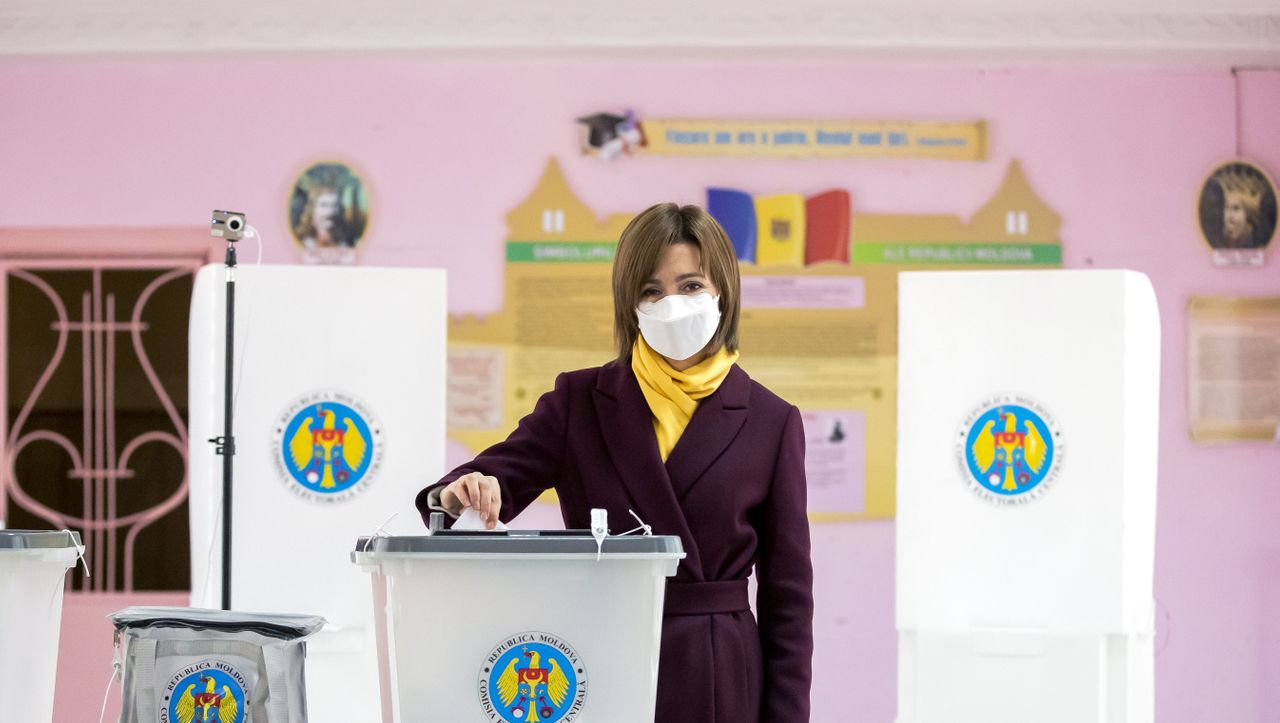 In the run-off for the presidency in Moldova there are signs of victory for the pro-European candidate Maia Sandu. In a duel with incumbent pro-Russian Igor Dodon, the former head of government gets 51.2 percent of the vote after counting more than 90 percent of the ballots. Dodon is therefore at 48.67%. 48-year-old Sandu had already led the first round two weeks ago.

Although the electoral commission closed its eyes to “blatant violations”, it was confident “that the voice of the nation will be heard,” Sandu said after polling stations closed. He called on voters to calmly await the official result of the elections and to “avoid provocations”. Dodon also urged his followers and supporters of his rival to remain calm. Everything must be done to prevent “destabilization,” he said. “I’m pretty optimistic about the results,” Dodon said despite his backwardness. On Friday he called on his supporters to take to the streets if he felt his election was stolen.

Moldova is divided between supporters of EU rapprochement and those who want to maintain close ties with Russia. Moldova is considered the poorest country in Europe.

Dodon and Sandu competed against each other four years ago. The decision was also made only in a ballot. When he voted on Sunday, the president said he was defending “friendly relations with our western and eastern partners”. Sandu promised to take the economy out of the crisis by moving closer to the EU. He said in a polling station: “I voted for change.” He also called on election officials to prevent the falsification of the vote.

Dodon has been president of the former Soviet republic since 2016. He is considered an ally of Moscow. Before the election, Russian President Vladimir Putin expressed hope that Dodon will remain in office. During the election campaign, he continued to advocate the prospect of close relations with “strategic partner” Moscow and advocated making Russian a compulsory subject in schools.

Sandu served as Prime Minister of Moldova for five months in 2019. In November, however, the government, which he was supposed to reform, fell over a vote of confidence he had forced. If Sandu wins the preferential elections now, he is expected to seek early parliamentary elections. The Socialists, Dodon’s former party, have a majority in parliament.

The country has been in permanent crisis since independence in 1991: the border region with Ukraine east of the Dnester River has effectively split into Transnistria. Russia has stationed troops there with a UN mandate. Occasionally tensions also arise with the autonomous region of Gagauzia.