Miller on the dry front too, drama on Vinales 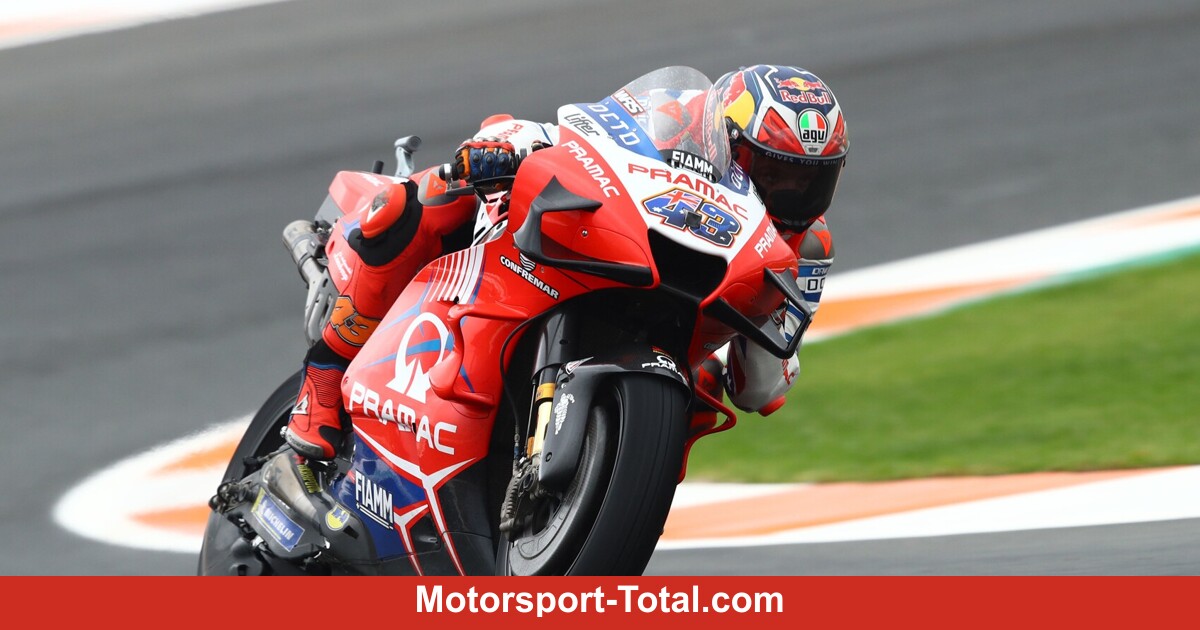 Now he has captured the first rider: at turn 8, Lowes slides on the front wheel. He looks unharmed, but his bike is damaged. This could mean that the session for him may have ended prematurely. It still holds the top spot, but the competition is getting closer.

With Roberts, Chantra, Martin and Lüthi, four drivers are now less than half a second.

The competition continues to contend with Lowes’ best time. Although Roberts and Baldassarri have overtaken Lüthi and are now in second and third place, they are still seven tenths of a second and more on Lowes.

In the morning Luca Marini was completely lost. And even now, on a largely dry track, the VR46 rider doesn’t seem to have a green branch. He is behind in 22nd place and is two seconds behind.

He only has 18 minutes to change it. More than half of the training time has already expired.

Moto2 FT2: the advantage is melting a bit

Lüthi managed to reduce the gap from Lowes to 0.758 seconds. However, there is still a lot of wood. Behind him are Roberts, Baldassarri, Martin, Garzo, Vierge and Schrötter.

Lowes now caught the fastest time at 1: 36.861 minutes. This makes it light years faster than the rest of the field. Lühti in second place is 1.072 seconds behind, Bezzecchi is missing in third place at 1.214 seconds. The World Cup leader is currently in a league of his own.

Unsurprisingly, all riders are immediately faster than in the morning, when it was still raining. The first time of 1:38 is set by Sam Lowes, who takes the lead ahead of Fabio Giannantonio and Joe Roberts.

Jake Dixon, currently fourth, crashes at the start of Turn 4 and immediately holds his right wrist. It looks suspiciously like a wound.

Moto2 FT2: the last training of the day

There are still some wet spots on the asphalt, but slick tires are also a favorite in Moto2. With the exception of Kasma Daniel, who is losing his crown suspicion, everyone is on track, including Hafizh Syahrin, who can barely walk straight after his severe morning fall.

MotoGP FT2: The other placings

Maverick Vinales dropped to 11th after losing his fastest lap. Cal Crutchlow also loses his personal best due to the yellow flags and is only twelfth. His Honda brand colleagues Stefan Bradl and Alex Marquez finished on Friday in positions 14 and 15.

In the time attack, replacement Rossi Garrett Gerloff had to admit defeat to the more experienced competition, but in nineteenth place he could at least leave Lorenzo Savadori and Tito Rabat.

With their final laps, the riders ruin the tableau again. Jack Miller finally took the lead with a best time of 1: 32.528 minutes, just like he did this morning in the rain. Aleix Espargaro caused a surprise in second place. The Aprilia rider is just 0.092 seconds behind Miller.

Franco Morbidelli, Takaaki Nakagami and Pol Espargaro complete the top 5. Alex Rins, Brad Binder, Andrea Dovizioso, Fabio Quartararo and Joan Mir take the other places. This means that all six manufacturers are represented in the top 6.

The pace is picking up now, which is also reflected in the fact that we are seeing braking and crashing. Morbidelli can avoid a fall with a dirt track in the gravel bed, but Petrucci is not so lucky. Runs to the box.

Pol Espargaro takes the lead in the standings with 1: 32.952 minutes. He is the only pilot under 1:33. Crutchlow and Miller follow second and third.

The advantage has changed again, now with Alex Rins a Suzuki rider is in front. The time to beat is 1: 34.320 minutes. Some drivers headed to the pits a quarter of an hour before the end of the session and got new tires for the final attack.

Also in this case the ranking has changed completely. Takaaki Nakagami sets a new best time for Honda of 1: 34.534 minutes ahead of the Pramac-Ducati of Bagnaia and Miller. Alex Marquez is currently fourth, Garrett Gerloff is the fifth best Yamaha rider. What a debut for the rookie!

Quartararo manages to fight briefly in the top 10 in tenth place, but is immediately ousted again and loses some positions because others improve. The Frenchman is 1,714 seconds from Miller’s new best time.

Miller’s teammate, Francesco Bagnaia, second in the standings, is a sign of life.

The ranking is going haywire. Pol Espargaro, Jack Miller, Danilo Petrucci and Miguel Oliveira were both briefly in the lead in the final minutes. The latter has now pushed the best time to 1: 35.754 minutes.

After his first leadership, I was moved up to eighth place. Quartararo is currently only in 17th place. Are the two World Cup contestants behind?

Mir is not bothered by his next fall and immediately gets up. It climbs to 1: 38.340 minutes and gets some air against the competition, which is also faster and faster.