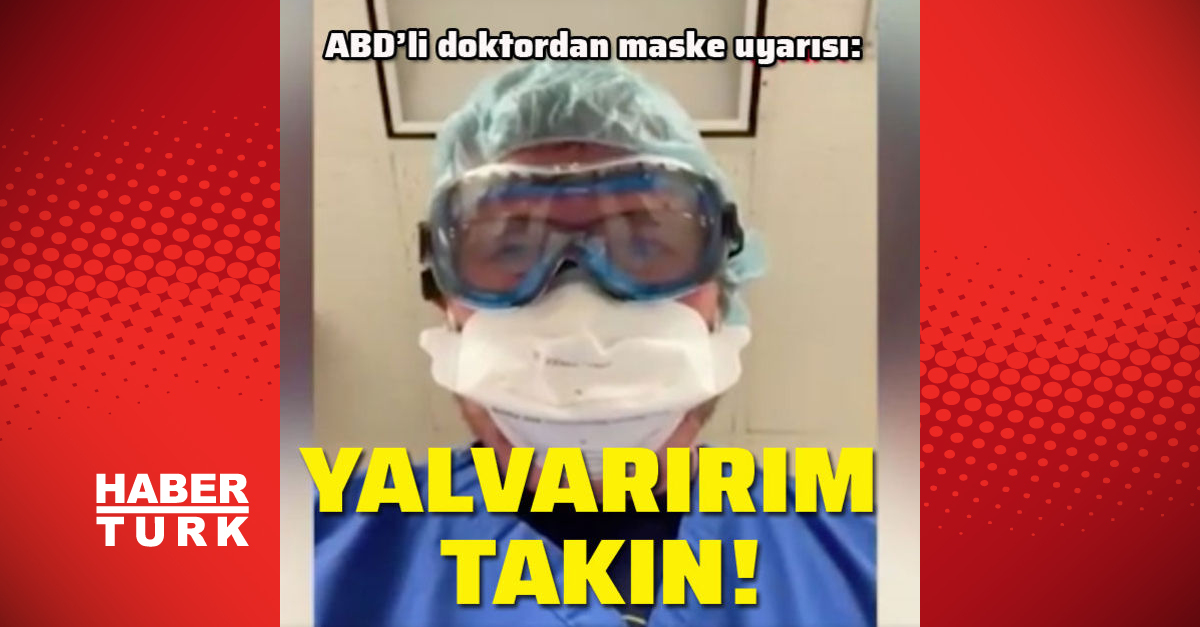 The American doctor pleaded: put on a mask!

St. At the University of Washington Medical Center in the city of Louis, Dr. Ken Remy warned those who do not wear masks in his post on his social media account.

Begging the Americans to wear a mask, Dr. Remy showed the camera the laryngoscope device and oxygen mask used for intubation in his hand, saying, “This is what you will see when your breathing accelerates to 40 breaths. per minute and your oxygen level drops to 80 “.

Dr. Remy continued his warning with the following words: “I hope this is not the last moment of your life. Because if you don’t start wearing a mask, that’s what you will see at the end of your life. follow social distance. If you don’t wash your hands thoroughly. I promise you, that’s exactly what you’ll see. Your mother, your father, or your children are at the end of their life. ” what will he see? This is serious.

While the number of those who have recovered from the virus exceeded 7 million and 808 thousand, the total number of tests exceeded 186 million.