Last minute .. Pashinyan, who suffered a heavy defeat against Azerbaijan, announced: “Hundreds of our soldiers are missing” .. He responded to requests for resignation. 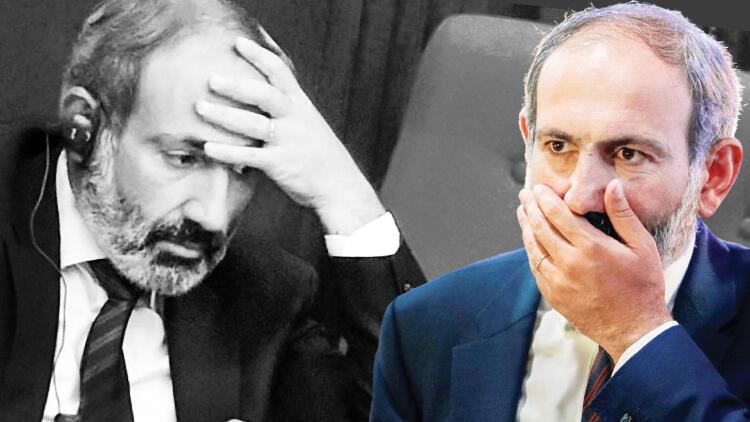 After the agreement signed between Russia, Azerbaijan and Armenia on November 9 and concluded the 44-day war in Nagorno-Karabakh, Armenia continues to withdraw from the occupied territories. Armenian Prime Minister Nikol Pashinyan, severely defeated by Azerbaijan and subject to criticism after the agreement signed, makes statements one after another.

Pashinyan told a press conference he held today that hundreds of Armenian soldiers were missing in the war in Karabakh and said: “We hope some of them will be alive. Yesterday we found an injured soldier who had been pronounced dead earlier. “Pashinyan said the prisoner exchange will begin after the two sides complete the exchange of the corpses of those who died in the conflict, and that after all the corpses have been returned, a day of national mourning will be declared in Armenia.

Pashinyan does not consider resigning

Claiming that he was responsible for Armenia’s defeat in Nagorno-Karabakh, Pashinyan said: “I understand that I am most responsible for the situation. For this reason, if I need to go to court, I can leave.” I speak.

Asked about the demands for his resignation in the country and whether he will take a step in that direction, Pashinyan said: “My agenda is only to ensure the stability and security of the country.” She said.

Pashinyan asked “Were different deals offered to Armenia at different times of the war?” He answered the question as follows:

“No, no different documents were presented. The logic of giving the pre-war lands, including Shusha, to Azerbaijan continued. This has been the case since 2016. The Armenian side had to postpone these proposals. We could have prevented the war if we had agreed to. to sell these territories, but we have chosen to fight “.

In the statement made by the Armenian Ministry of Justice, it is stated that more than 2,300 Armenian soldiers were killed in the clashes.

According to the agreement between Azerbaijan and Armenia, 1,960 Russian blue helmets will take part in the contact line in the Nagorno-Karabakh and Lachin corridor. Russia has announced that around 1,000 soldiers and 1,168 military equipment have been sent to the region so far.

General Rustam Muradov, commander of the Russian peacekeepers in Nagorno-Karabakh, said yesterday that the parties have joined the ceasefire and that the situation in the war zone has stabilized.

LATEST DEVELOPMENT: ALSO THE FOREIGN MINISTER HAS ANNOUNCED THE RESIGNATIONS