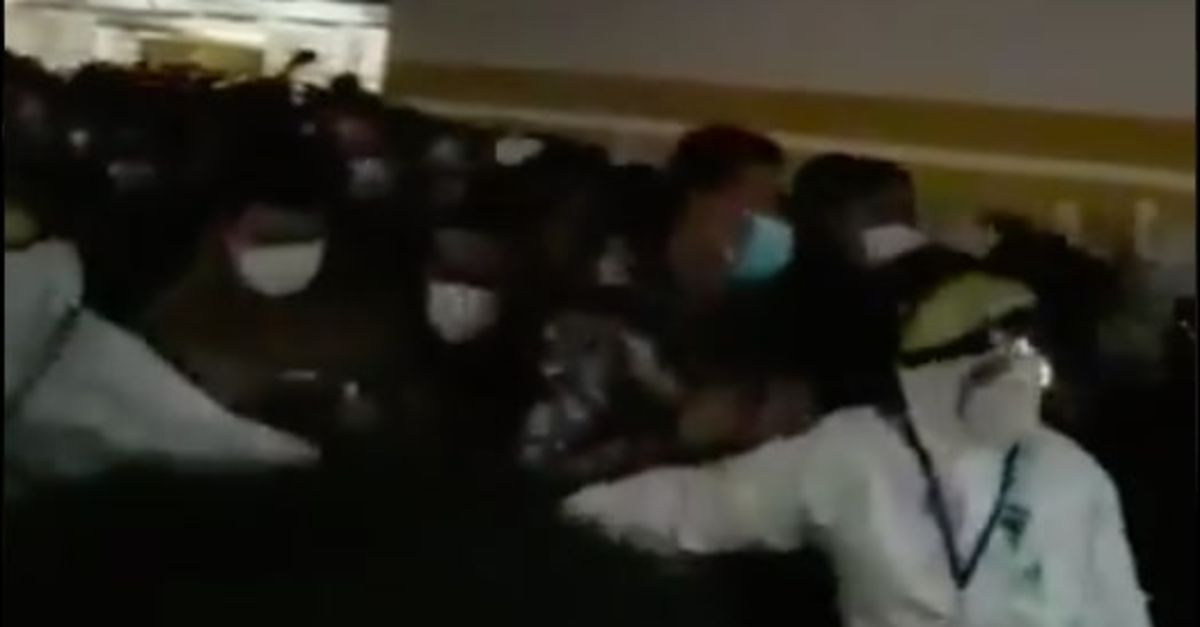 In China, where the coronavirus outbreak occurred, startling images were shared from Shanghai Pudong airport when news broke that no new cases were seen and life returned to normal.

In images allegedly taken at Shanghai Pudong airport in China, after the coronavirus was detected in several airport employees, it was seen that there were thousands of people who opposed the state’s quarantine decision.

After tests of some airport workers were positive, it was found that the people inside were not allowed to leave the building.

“About 14,000 people are currently in quarantine after two COVID-19 positive cases were detected at Shanghai Pudong Airport,” said a Chinese Twitter user.

It has been said that authorities have begun mandatory coronavirus tests for every passenger arriving at Pudong Airport today. On the other hand, there were also those who claimed that the Sars virus was detected in some employees.