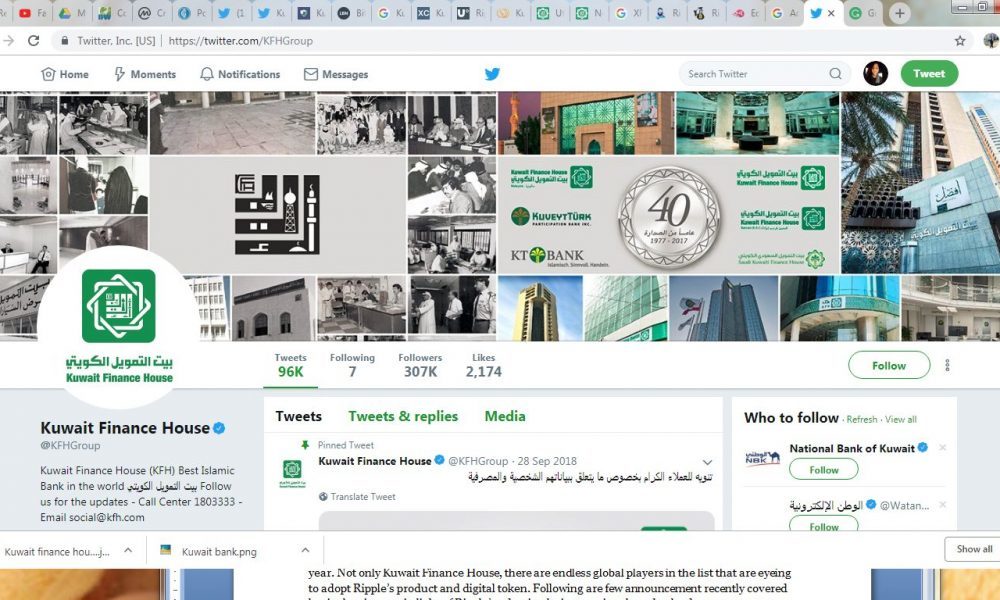 KFH appeared for the first time on the bulletin towards the end of 2018 with the announcement of the future plan to use RippleNet for international transfers. However, on January 7, 2019, the mainstream broke out announcing that they are finally starting "financial functioning" using Ripple's blockchain.

Launched in 1977, Kuwait Finance House is the first Islamic bank in the state of Kuwait and the pioneer bank involving the blockchain era. The bank will have "instantaneous zero-commissions international transfer services" with the Fiat Saudi currency, Saudi Riyal (SAR), where customers can proceed with remittance transactions to the beneficiary account at AL Rajhi Bank, the largest Islamic bank in world based on 2015 data.

In addition, the team also revealed the service expansion plan;

This service will expand to include most of the world's countries in different currencies. KFH customers can make instant and secure commissions remittances through their accounts at https://t.co/MvlRltl6zx.

Although it has not been confirmed whether the bank chooses xRapid or xCurrent or RippleNet in today's announcement. However, it is important to note that KFH released a blog post in May 2018 in which it mentioned that KFH will be the first bank to join RippleNet for instant cross-border payment.

The Ripple instant settlement procedure has already achieved major focus since last year. Not just the Kuwait Finance House, but there are also countless global players on the list who are trying to adopt the product and the Ripple digital token, XRP.