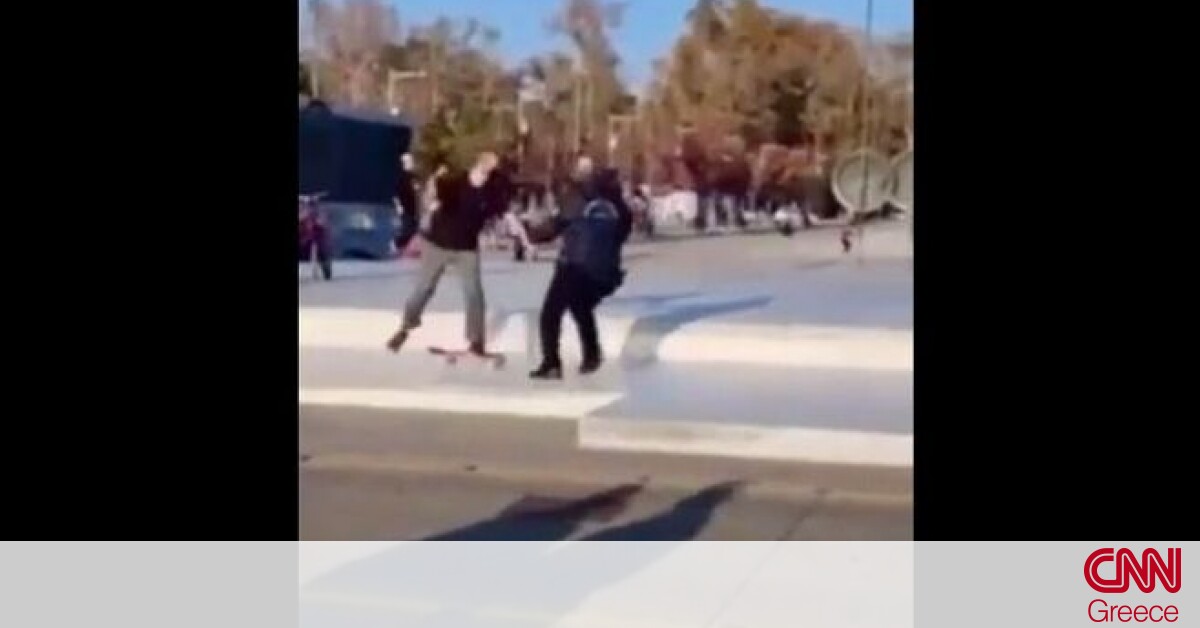 A video recorded by a citizen passing by on his beach with his cell phone Thessaloniki and where they appear police chasing young people on skateboards at the base of the statue of Alexander the Great, he saw the light of day.

The incident occurred on Sunday afternoon. According to thestival.gr, the police proceeded to engage the young people who banners hanging from the base of the statue. It concerns Cypriot students who wanted to express their protest for the Erdogan party in Varosia on the occasion of the 37th anniversary of the proclamation of the pseudo-state.

In the video and according to the description, a policeman grabs the hand of a young man who is skating, believing that he participated in the activist action. Ultimately, this young man was not treated.

After all seven people were arrested of which six are said to have taken part in the action of hanging the banner. According to thestival.gr, the accused were released but were fined for unnecessary transportation.