Koo Bon-jun independence … Separation of affiliates with the boss, Pantos and Hausys 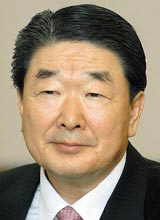 It is reported that LG Group consultant Koo Bon-jun will separate its affiliates from LG Group, focusing on LG International, LG Hausys and Pantos. Koo is the third son of the late LG Honorary President Ja-kyung Koo and the younger brother of LG President Koo Bon-moo.

According to the business community on the 16th, it was reported that LG will hold a board of directors at the end of this month to decide on such a split plan.

Previously, LG International last year sold a stake in LG Twin Tower in Yeouido, the LG Group headquarters building, to LG Co., Ltd. and moved it to the LG Gwanghwamun Building. In addition, the owner’s family, including President Kwang-mo Koo, worked on separate divisions by selling a 19.9% ​​stake in Pantos, a logistics subsidiary of LG International.

The former councilor’s separation of the superior-centered divisions is interpreted to minimize the impact on the governance structure while preserving the flagship operations, electronics and chemistry of the current LG Group.

The market capitalization of LG International, which this time will be separated from the subsidiary, is 7151 billion won, and LG Hausys is not big with 5856 billion won.

Inside and outside LG, there is also a prospect of further separation between Silicon Works, a semiconductor design company, and LG MMA, a chemical materials manufacturer.

It appears that the decision that the LG group decided to separate its affiliates this time around was based on the judgment that the time has come as President Koo Kwang-mo has been in office for three years. The division of the former director follows the tradition of LG Group, passed down from his predecessor. The LG group continued the tradition of “independent sibling management” in which the eldest son takes over the leadership of the group when Seondae’s president dies and the younger siblings separate.