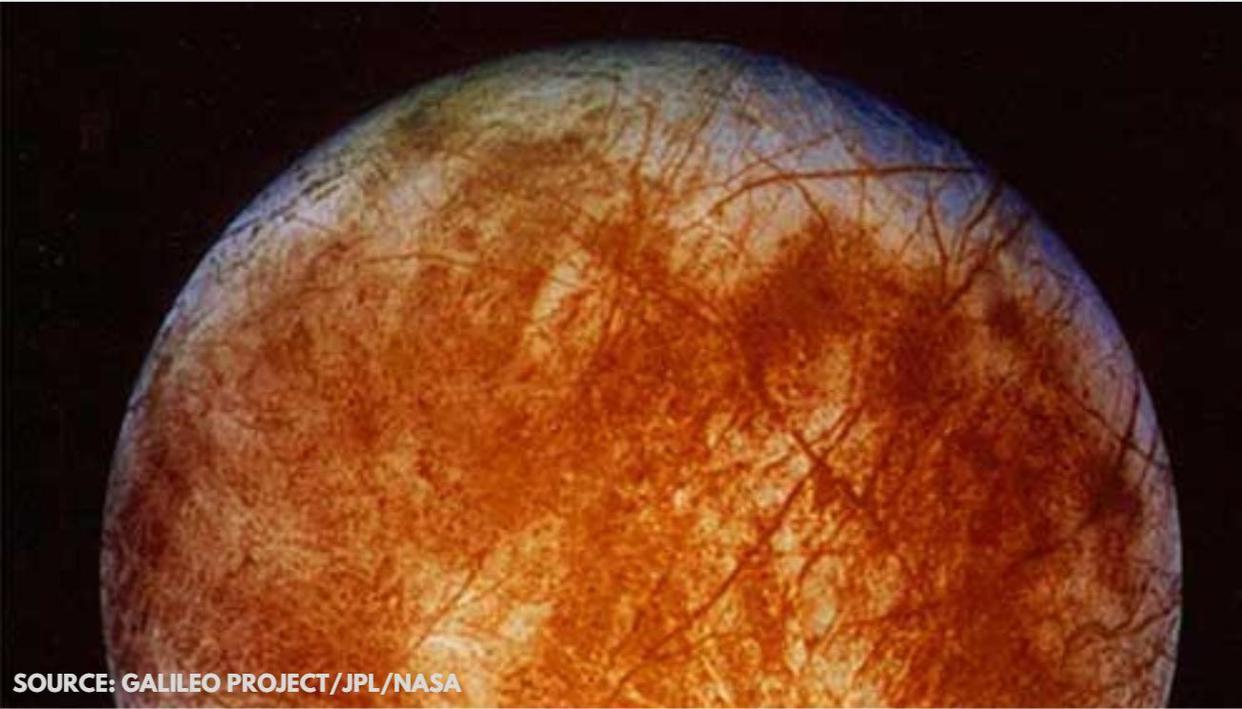 The huge plumes of water vapor erupting into space from Jupiter’s moon Europa could have a potential source for none other than the pockets that exist within the ice crust, according to a new study. According to the Europa scientists, plumes on Europa can be used to understand the habitability of Jupiter’s icy moon, considering that these plumes can be sampled directly by the probe passing through them.

Understanding the source of the water plumes

Europa is among the four massive Galilean moons that orbit the gas giant and is home to a gigantic saltwater ocean that sits beneath its ice shell. NASA’s Hubble Space Telescope and a number of other instruments have been used to learn about the periodic plumes of water vapor reaching up to 120 miles above Europe’s frozen surface. The source of these water plumes could be the buried ocean, which could be sampled using a spacecraft.

Read also | Study: “The search for life on Mars, Moon and other objects will not be easy, but not impossible”

“Understanding where these water plumes come from is very important to know if future explorers of Europe could have the ability to actually detect life from space without probing the ocean of Europa,” said Gregor Steinbrügge, postdoctoral researcher at the Stanford School of Earth, Energy & Environmental Sciences.

It is important to understand the source of these plumes as the water that comes out of this icy crust is not considered to be conducive to life than that of the global internal ocean. This is mainly due to the fact that it does not offer the energy which is considered an essential ingredient for life.

Read also | “Thanksgiving in Space”: NASA details on how it is celebrated on the ISS; Enjoyed the internet

The sampling could be carried out by NASA’s Europa Clipper mission which will begin in 2024. The spacecraft is being developed by NASA and will analyze the Galilean moon Europa by making a series of close encounters as it orbits Jupiter. The spacecraft will conduct a follow-up on research on the study that was conducted using the Galileo spacecraft that was in Jupiter’s orbit for about eight years. The study had suggested the presence of an underground ocean beneath Europe’s ice crust.