Is Donald Trump a Russian spy? 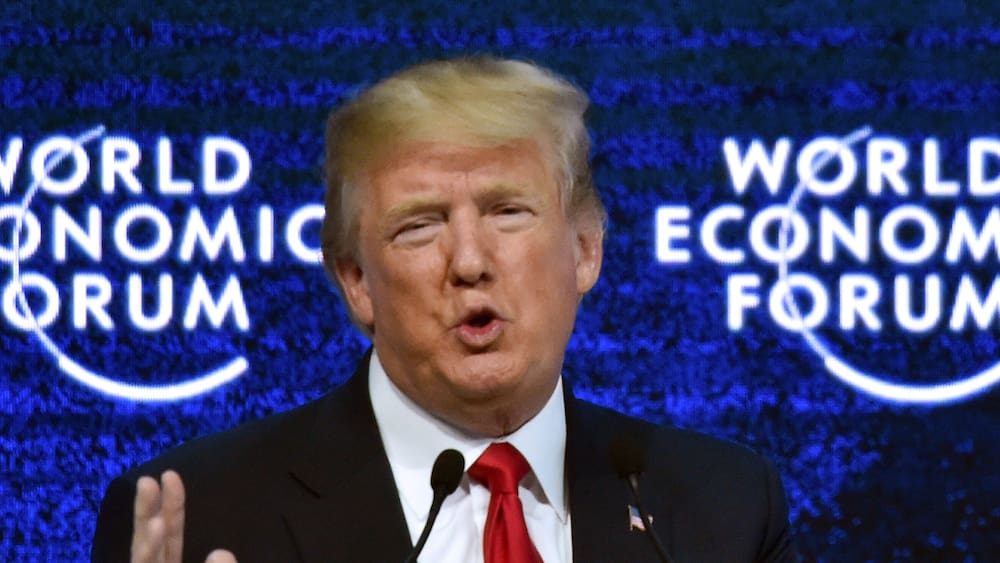 Donald Trump is a Russian agent? The thesis sounds crazy, but is currently being discussed by major US media. They report a very strange behavior of the president of the United States.

Donald Trump is a Russian agent? This crazy voice is currently making headlines in the United States. The reason is an investigation by the FBI, which made public the "New York Times". Thus, in 2017, the federal agency determined if the American president was a security risk in the United States. The reason was the dismissal of the Director of FBI James Comey, to whom Trump said he had in mind the investigation of Russia.

Just a day after the "New York Times" article, the Washington Post reported that Trump should keep secret the content of his talks with Russian President Vladimir Putin even from his closest collaborators. There are no detailed data on five talks with Putin over the past two years, current and former government officials have revealed to the newspaper. One day Trump even took the notes off his interpreter and prevented him from transmitting the content of the conversation.

No president was harder against Russia

In front of the TV channel Fox, who is a Russian agent, Trump said that this was the most offensive question that had ever been asked. Never before has a president acted harder against Russia, he also said. This is probably true. Among other things, last year Trump wanted to give $ 1.4 billion to the European Deterrence Initiative, whose goal is to undermine Russian military activity. This would be 41 percent more than the Obama administration spent on this. Trump also agreed to send deadly weapons to Ukraine, which Obama has always denied, sanctioning dozens of Russian oligarchs and massively supporting US energy exports, in competition with Russian oil and gas companies (though modestly) ).

But an explanation of his Trump behavior has not yet been delivered. Of course, discussions between heads of state are only partly intended for the public, but at least the close consultants should be informed. Imagine President Ueli Maurer talking to President Xi Jinping on his next trip to China, and no one in Switzerland would know what he was talking about.

Who digs the skeletons?

So is the American president really a Russian spy? It would be by far the biggest scandal in the country, whose presidents are guilty of adultery, corruption or the Watergate scandal (see box below), and a horror scenario for those who see Russia as a threat to the West,

Well, Donald Trump is certainly not a Russian agent. He will not sit in the Oval Office and will pass the safety briefings directly to Putin or secretly plan the end of the US superpower. This is stuff for novels and Hollywood, which has little to do with reality. But the fact that the FBI (probably) for the first time in its history made its president the goal of an anti-spying operation weighs heavily. The "Bureau" would never do it if there were no good reasons for this operation. Even the tweets almost in the grip of Trump's panic, written by the 72-year-old after the publication of the articles, testify that sooner or later someone will discover skeletons in the US President's cabinet.

What these are for the skeletons is still speculation. But it can be assumed that Vladimir Putin has information in his hands that can jeopardize Trump. It is possible that this is not at all about Trump's politics, but about the economic career. For decades, Trump has started building and selling properties in New York and elsewhere, and is likely to come into contact with people who tend to be unsafe businesses. For example, with the Russian mafia. If Trump was blackmailed with it it is not yet clear. It does not seem unrealistic.

One thing is certain: the Russians have more information on Putin's talks with Trump than with the Americans. The Russian agents analyze the notes, while there is no material for the other side, thanks to Trump. For the Americans, who still consider Russia as their greatest enemy, it is a humiliation and a state of affairs that is viewed with great horror by the secret services, the congress and the worker.

On 7 February, Michael Cohen will testify before the congress. The former Trumps attorney is a piece of enigma in Robert Mueller's large-scale investigation into the firing of James Comey, which investigates whether there was a collusion between Trump's camp and Russia's representatives in the 2016 US presidential election. Cohen's statements may indicate that Mueller's investigations will soon be over. His relationship could end all speculations and clean up Trump. Or finally bring the United States the biggest scandal in its history.

The biggest scandals of US presidents

Since Donald Trump is in the Oval Office, the scandals have become almost normal. But even Trump's predecessors were not a model student.

As early as 1802, he was the American founding father Thomas Jefferson (President from 1801 to 1809) accused of having an illegitimate relationship and son with his slave Sally Hemings. Jefferson denied everything and remained in charge. A DNA analysis some 200 years later, however, brought clarity: Jefferson's paternity is considered more than probable in at least one of Hemings's children.

In 1867, members of the Republican Congress bought shares of Credit Mobilier of America at better terms than market rates. In addition, politicians have also received other donations from the company, which has been involved in the formation and expansion of the Union Pacific Railroad. The largest construction project in the history of the United States. The deputies came from the circle of two successive presidents: Ulysses S. Grant (1869-1877) e James A. Garfield (March 4, 1881 – September 19, 1881).

Warren G. Harding (1921-1923) had several long-term loving relationships with family friends. One of them was talking to Carrie Fulton Phillips, the wife of an old friend. Before the presidential elections, Harding Philiips and her husband donated a long holiday to avoid a scandal. Moreover, the Republican Party paid Mrs. Phillips a monthly "salary" for several years. During his tenure, Harding also exerted pressure on numerous friends for profitable messages. Harding is still considered the worst president the United States has ever had.

Watergate became the epitome of the political scandal. Richard Nixon (1969-1974) used all his presidential power to discredit political competition and did not withdraw from theft and intimidation. Only thanks to the search for the "Washington Post" flew the machinations. To prevent his dismissal, Nixon has resigned from the only president so far. His guilt was Nixon in 1977 during an interview.

Ronald Reagan (1981-1989) was a better president than many had credited to the former Hollywood actor. During his tenure, however, it was the scandal the CIA had observed for years, as the Contras, a rebel group in Nicaragua, had been financed by smuggling cocaine into the United States. During the US Congressional hearings, it was discovered that the Reagan administration not only sold arms to Iran, but used the profits from these agreements to help counter-revolutionaries in Nicaragua. How Reagan has been involved in all this could never be fully understood.

Monica Lewinsky. This woman will always be with the presidency Bill Clinton (From 1993 to 2001). "I did not have sex with that woman," Clinton said. Not many presidents had said a more famous phrase. Because as everyone knows today, it was a lie. Clinton, married to former presidential candidate Hillary Clinton, had a relationship with trainee Lewinsky. However, the subsequent impeachment successfully proceeded to Clinton. The United States is used to scandalized presidents. (VOF)