IoT and Blockchain: an encounter made in paradise? 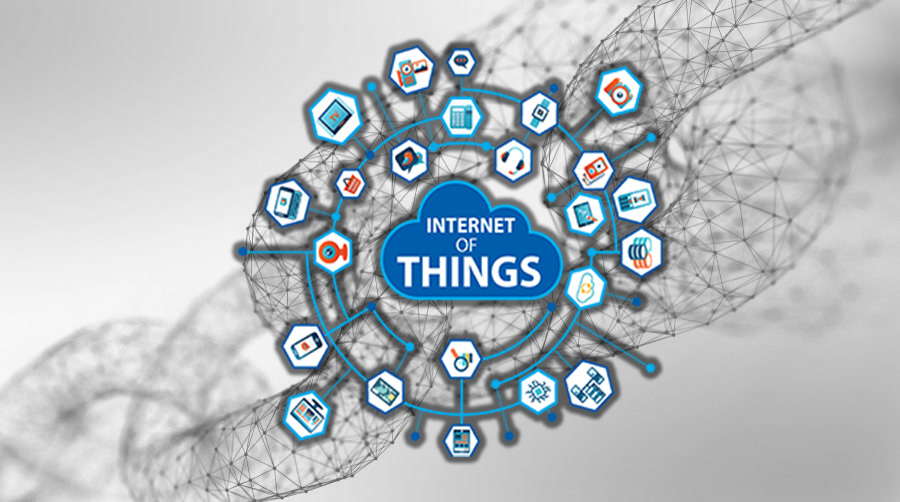 Recently, the Internet of Things (IoT) has become the focal point of the blockchain community with various partnerships that blockchain development companies have established with some of the most important actors in different sectors.

Although the IOTA system can not be described as blockchain, theirs collaborations with Bosh is Volkswagen they are the best examples of how distributed ledger technology can be used in combination with IoT.

If someone is not familiar with the expression, according to Ernst and Young, "Internet of Things (IoT) describes the connection of devices – any device – to the Internet using integrated software and sensors to communicate, collect and exchange data with one a other."

IoT is, therefore, a common name for connected devices that collect, store and share data. This data can be used for a wide variety of purposes. The example of the IOTA and Volkswagen partnership perfectly describes how IoT, in combination with distributed ledger technology, can create environment without trust. In this case, it stores the exact mileage of the vehicle.

It's no different with standard blockchain technology.

Blockchain technology has several critical advantages over the centralized systems to which IoT was connected in the past. Immutability and transparency can be considered as the most important of the data collected and stored on the blockchain by the device connected to IoT can not be tampered with, providing a reliable source of information.

By adding to the equation an intelligent game modification function, which allows each device to act independently and perform predefined tasks on its own, we obtain the perfect complete system.

Blockchain, in combination with IoT, has already transformed supply chains through the most advanced projects, such as VeChain, which is collaborating with the Norwegian giant DNV GL. There is also an excellent example of the government's blockchain development as South Korea now has a state-of-the-art system trace the meat from the farm to the table through the use of IoT and distributed register technology.

The last example is extremely important because, by allowing end customers to verify the origin of the meat in a completely reliable matter, the South Korean government has reduced the risk of transitory diseases from cattle to humans and has canceled the possibility of human error that was common in the traditional paper certificate system.

Otherwise, the natural connection between IoT and blockchain technology can be used for a number of purposes. All types of permits and certificates can be checked using an IoT sensor and verified on site.

However, there are some problems to be addressed.

Since IoT devices continuously collect and share data (sometimes sensitive) with the network, this system is a primary target for hackers. Blockchain is a difficult-to-attack ecosystem, but it has yet to be resolved how to protect the IoT device from various forms of intrusion that could, for example, cause it to be sent to the wrong place.

Furthermore, blockchain technology suffers from the chronological lack of scalability. Because IoT devices constantly interact with the network to store collected data, the system can easily become congested and inefficient.

Furthermore, various blockchain ecosystems are not yet interoperable. For this reason, connected IoT devices are not able to communicate with each other due to the incompatibility of the systems to which they are connected.

Finally, we have legal problems. Since decentralized blockchain technology does not have a central entity that holds the power and responsibility of the system, in the event of any damage caused by system failure, it is unclear who should be held accountable.

Be that as it may, this combination is said to have a lot of potential. Especially when we take a look at the numbers presented by some of the leading market experts.

Future of the IoT

According to Gartner estimates, there will be 20.4 billion IoT devices installed by 2020, while BI Intelligence says that the number will be closer to 24 billion. A global provider of advisory and market information services, IDC, tends to be more optimistic and estimates that 30 billion IoT devices will be connected by 2020.

However, 5,000 different market experts gathered under the name of IHS Markit, expect that up to a maximum of 125 billion IoT devices will be operational until 2030.

Most significantly, an international management consulting firm, McKinsey & Company, shared their estimates that the IoT will have an impact of $ 11.1 trillion on the global economy by 2025.

This is really formidable.

However, blockchain technology is not vital for the operation of the IoT system. It all depends on the needs of the body that develops the system. While the blockchain provides more decentralization, transparency and irreversibility, traditional systems offer greater horizontal and vertical scalability.

However, already proven use cases tell us that there is certainly a future for the coexistence of these two complementary branches of technology.