In the winter winds crypto – TechCrunch 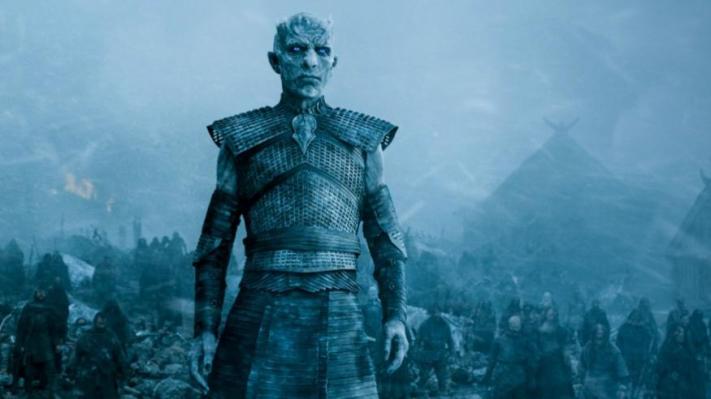 Well, it was surreal while it lasted, with which I mean the 2017-18 cryptocurrency bubble. For a while, Coinbase was the number 1 in the App Store, Bitcoin was above $ 10K, and there were more crypto zionistary notions out there than we could shake a Merkle tree.

Those were the crazy days. Now, however, a rude awakening has arrived. Now the bitcoin has dropped to $ 3200 and the counting, other cryptocurrencies are down more than 90% and, worse still, none of the billions of dollars paid into the cryptocurrencies during the bubble has led to something even remotely resembling a "crisis". ; killer app. Instead, cryptographic space remains a giant penny reserve casino, with little or no utility outside of financial speculation. Do not fool yourself – this is it nothing like the dot-com crash.

Yes, this cryptocurrency crisis is quite similar to the collapse of the dot-com – if half of the dot com bubble had consisted of the actions of companies without a website; The growth of the Internet had been flat in 2000; and no ordinary people had ever used Amazon, eBay or Hotmail.

What comes next? Not much, at least not soon. I am sorry to report that we have entered the winter crypto, as the amiable Michael Casey says, and, as in Game of Thrones, it is likely to be long. Here you find your guide to the frozen landscape and some predictions on what we will find there:

We will simply see considerable numbers of both cryptocurrencies and the companies that rely on them collapse. In fact we are already seeing it: Steemit has fired 70% of the staff and even the powerful Consensys has cut 13%. Of the more than 2000 cryptocurrencies tracked by CoinMarketCap, hundreds and hundreds of people will go into disuse until liquidity turns into ice and their price to zero. In the meantime, many who manage their blockchains will find themselves increasingly vulnerable to 51% attacks. In winter, only the strong survive; the weak are cut down.

We'll see even more fight. The schism within a schism that marked Bitcoin Cash recently is only the beginning. A high-tide has room for many ships, but will have to fight to survive this ebb. Which blockchain will become the default value for smart contracts: Ethereum, EOS or Tezos? It is difficult to see all three remaining relevant ones. (My money is the first and the last.) What will be the cryptocurrency that preserves privacy: Monero, ZCash or an updated Bitcoin? Here it is easier to see space for all three, but it is by no means guaranteed.

Meanwhile, while the winter leads to generalized losses, regulators will become more and more intrusive, trying to minimize or stop future losses due to fraud or negligence. We will see more stringent regulations, more fines, more bans and, I predict, at least one case of serious criminal fraud from an important actor in the world of cryptocurrencies. Will it be Tether? Will it be an exchange? Who can you say? But I would be extremely surprised if this did not happen.

Let's take a look at the brighter side. I predict that we will also see two new and interesting developments; at least one interesting and unexpected use case for cryptocurrencies in the developing world, and at least another for an important technological actor. (Facebook would be a pretty good bet, but it's not the only one.) These will not however lead to a massive recovery across the space. Which is good, because the way all cryptocurrencies are exchanged in a moment is one of the most convincing proofs that currently they are not even close to a real market.

That said, trade will continue to thrivebecause traders love volatility, but trades will reduce their short-term aspirations as their commissions stabilize and / or decrease. In addition, trading will increasingly focus on a smaller number of cryptocurrencies with real / biz technology differentiation, such as ZCash, Monero, Tezos and Binance Coin. (Say what you like about Binance – I do not like them too much – but their token, unlike almost all tokens, has a real business model.)

While everything happens we will see increasing the Bitcoin domain, as an "escape to quality" continues; clearly, if only a cryptocurrency were to survive, it would be that. Meanwhile, the hashrate will continue to decline, which is good for the world, as it means less electricity consumption.

In reverse, ether will continue to decline in value until one of them actually takes off, which seems unlikely in the near future. I know this sounds harsh, and technically I'm a fan of Ethereum – my cryptographic pet projects are built on it – but its value proposition is built around dapps, and no shot everywhere has no value. Unlikely, but not impossible; we are seeing green shots of chain security tokens, the most likely short-term outlook for a real significant use of Ethereum's smart contracts. I predict that at some point during the cryptic winter, some brilliant startups will make their equity, and their table cap, in a chain-linked Ethereum security token.

Technically, the cryptic winter will consist of a lot of grotesque and important work done under the snowbanks: infrastructure, downsizing, privacy, usability, identity, and so on. I announce it The transition of Ethereum to the Trial will be slow and hesitant: it is essentially a completely new, and substantially more complex (and therefore with a wider attack surface) consensus algorithm than the working test. I also predict that even the most interesting and useful things (eg FOAM, Grid + and Augur) will see a slow growth, if necessary, until the fundamental usability problems are resolved.

I think he will a type of it happens – which is in fact, painful, difficult to use but practicable "Crypto suite" of tools for true believers, in particular the digital nomads, will arise. This will include a "sovereign identity" protocol, a social network, a decentralized exchange that includes fiat-to-crypto sharing, data storage, perhaps even email – all decentralized, all relatively difficult to use, but adopted by a small hardcore minority. I also predict that this suite will be roughly divided equally between "built on Ethereum" and "built on Blockstack".

I also believe that there will be a large number of technically fascinating cross-chains (eg Cosmos, Polkadot) and second-level or off-the-shelf work (such as Lightning, Plasma, Celer), laying the foundation for future connectivity and scalability. This will happen along with decentralized work that is not actually related to cryptography, such as Scuttlebutt and IPFS, and what is only tangentially related, such as Blockstack. In general there will be a great and welcome increase in the relationship between code and prose of projects now that empty prose is no longer rewarded by lucrative ICO.

And, my final prediction: the cryptocurrencies will be seen as a strange alternative space for 1% of traders, believers and hardcore technicians, like users of Linux desktops … until we finally get out from the winter crypto . When will it happen? Not the next year, and probably not the year after. What will cause that emergency? Here is my most outré prediction of all: something completely new, something like that strange and unexpected that we can hardly even imagine it now.