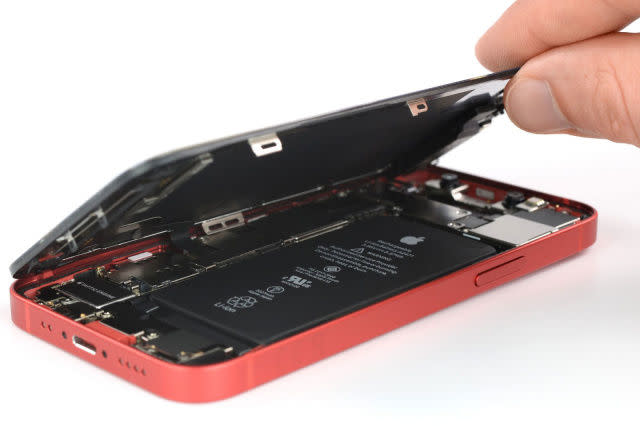 After iFixit took apart the iPhone 12 Mini, we finally figured out how Apple put all the components into this tiny body. Unsurprisingly, the iPhone 12 Mini made a lot of sacrifices – not only did the battery drop from the regular iPhone 12’s 10.78 Wh to 8.57 Wh (even bigger than the iPhone SE’s 6.96 Wh), too the vibrating Taptic Engine was not. The large volume is reduced by 25%. Other compressed components include speakers and ambient light sensors. Of course, these components are tight enough to have no additional space in the fuselage. Don’t even think about earphone jacks.

iFixit also found that there are mysterious “squares” near the US version of the camera module for the iPhone 12 Mini, presumably the 5G mmWave antenna for the US market. In general, iFixit believes it’s possible for ordinary people to DIY to replace the battery or front screen, but if the glass on the back is broken, it’s not realistic to just replace the glass. I’m afraid the whole body will be replaced at the same time. Apple has made some sacrifices in terms of specs to pack all the components, but fortunately basic maintenance hasn’t become difficult.