“I would like to cry”: the memorable interview by Schalkes Uth 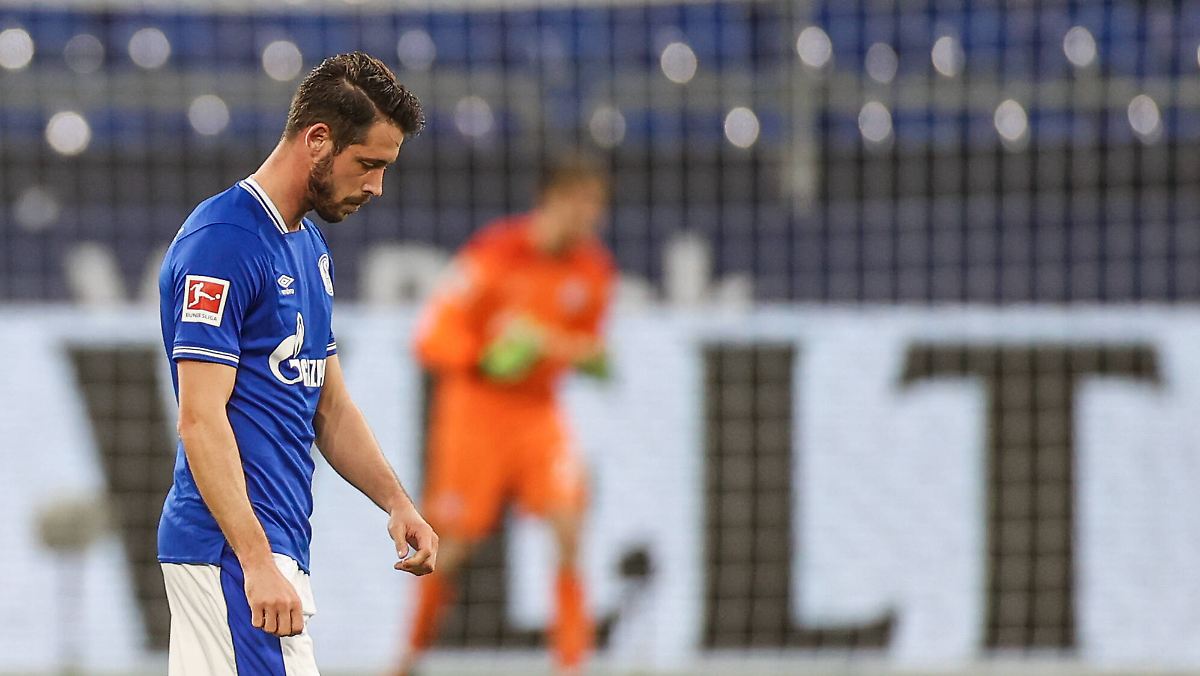 FC Schalke 04 remain winless in their 24th straight Bundesliga match. The disaster against VfL Wolfsburg takes its course after just three minutes. After a catastrophic first half and another poor overall performance, striker Mark Uth popped his collar.

Some even wanted to see the tears on Mark Uth. And in fact there is a moment in the Schalke striker’s speech when a strong hiccup is heard. A sob of anger, of total despair. “Above all,” admitted the 29-year-old, “he walked into the locker room and cried.” For the 24th time in a row (!) The traditional club from Gelsenkirchen did not win the Bundesliga. With this, the team of coach Manuel Baum is getting closer and closer to the historic negative record of the eternal Tasmania. The Berlin club failed to win 31 staggering matches in a row in the 1965/66 season. With two wins, four draws and 28 defeats, the team went down without a trace. In the all-time ranking it is listed as the worst Bundesliga team to date.

Schalke will bypass this record, the worst team in the Bundesliga. With 1772 games in the upper house, the club is in seventh place. How many games in the top class will be added is a question that concerns many people. If this season, which is under pressure from the pandemic, were to be played to the end, 26 would be guaranteed for the royal blues. But then? One thing is clear: the team is in serious trouble. Much more dramatic than the previous yield of only three points (three draws) after eight days of play is the condition of the team. “We play very badly, we defend badly and I don’t know how we want to win a game like this”, Uth scolded to Sky in a rather fragile voice.

In just over a minute and a half, the attacker verbally dismantled his team. “I’m so served, you can’t even imagine. It’s so sad to dribble here every time and then get played,” he swore. “Every time we come one step too late and don’t even get into duels. We haven’t even gotten a yellow card. It’s unbelievable.” The first 30 minutes in particular were terribly negative, with the 2-0 defeat of Wout Weghorst (3rd) and Xaver Schlager (24th), Schalke were nevertheless well served. The fact that the team improved a bit in the second half and had a few scoring chances could hardly lift the atmosphere.

“What do they train during the week?”

Coach Baum played his part in the disastrous first half hour. He made bad decisions, for example, by including weak Benjamin Stambouli as the central link in the chain of three or five. After half an hour he turned on, turned off and at least took the right measures. “It was a little better then,” Baum said, but he also admitted: “But not so clearly that we can say we’re satisfied.” The coach is not the problem, Uth assured: “He is the poorest pig with us”. Baum took over the team from David Wagner on 30 September.

After the horror series continued, team manager Sascha Riether summed up the thoughts of many fans well. “When you watch matches, you naturally ask yourself: what do they train during the week,” said the former international. The team works hard, the coach meticulously, but he quickly secured him after the question he raised. “We give it all,” said the 37-year-old and added – probably subconsciously, but appropriately: “We will continue to the end.” Tasmania’s negative record, synonymous with the Bundesliga for overload and lack of chance, has only been missing for 55 years. And the next opponents are Mönchengladbach and Leverkusen. If the Gelsenkircheners continue like this, on 9 January they set the Berlin record.