How does NEO Blockchain work? 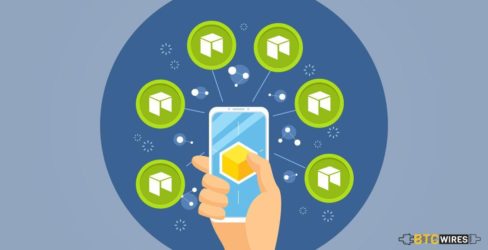 If you are fond of cryptocurrency, then you have no way of never having heard of the NEO blockchain and how it works.

Formerly known as Antshares, the NEO is recognized as "Ethereum of China". Perhaps it is similar to Ethereum, but has some interesting features that closely observe.

You can also read: Against and pro of the NEO

NEO is a blockchain platform that facilitates the development of digital resources and smart contracts.

The main goal of NEO is to become a digital, decentralized and distributed platform for non-digital activities through the use of smart blockchain contracts.

This means that the goal is to become a digital alternative for transfers of assets that, at the moment, are not digital.

You can also read: Beginner's Guide to the NEO coin

The work of NEO Blockchain

The activities can be easily digitized on NEO Blockchain in an open, reliable way, focused on decentralization, transparent and traceable, free of intermediaries and related costs.

Users are able to register, exchange, buy, sell or distribute different types of goods, as NEO offers the platform necessary to connect physical resources with an equivalent and unique digital avatar on its network.

Furthermore, NEO supports asset protection, since assets registered on its platform through a validated digital blockchain identity are protected by law.

Digital identity helps verifiable key information about participation as individuals, organizations and other entities that exist in the digital environment.

Smart contracts are useful for the execution of transactions and agreements between the different parties without the governance of any legal entity, system or central mechanism.

The execution of these contracts is based on the network programming code, which allows transparency, traceability and irreversibility of the transactions.

You can also read: will NEO be a good investment in 2019?

NeoFS – This is an upcoming file storage protocol that uses distributed hash table technology. This feature indexes the file using the hash of its contents rather than the file path.

Large files will be divided into data blocks of fixed and distributed size and stored in various nodes.

NeoQS – This is a Quantum Safe feature based on the cryptographic lattice mechanism. This quantum calculation represents a real threat to cryptographic systems based on RSA and ECC.

Now, this means that both Ethereum and Bitcoin are potentially at risk of being hacked by quantum computing. NEO is already trying to solve this problem through its NeoQS functionality.

You can also read: How to buy NEO coins with your credit card?

What does the future hold for the NEO blockchain?

It is too early to tell if the NEO can be at the height of the moniker, but the biggest advantage that comes with Ethereum is the relatively low barrier to entry.

Since developers do not really need to learn a new language for creating smart contracts, at first it may seem really tempting. But how it develops in the future is something that still remains to be seen.

Well, we're not quite sure that the NEO blockchain will win the ethereum or not, but one thing is certain that it presents an extraordinary platform for developers to add to the ever-expanding cryptosphere.

Here are some articles for you to read. Next: