How does Blockchain keep data safe? 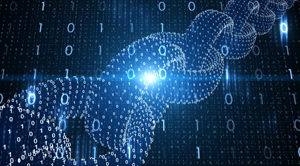 Everything that happens on the blockchain is encrypted and it is possible to prove that the data has not been changed. Due to its distributed nature, companies can check file signatures in all logs on all system nodes and confirm that they have not been tampered with.

FREMONT, CA: Heralded as the primary disruptor for countless industries, no doubt, blockchain offers some potential benefits for the business world. If you are considering adopting it, you need to spend some time understanding its processes and how it can help your business. Businesses need a clear strategy and substantive reasons to implement the new technology.

Take a look at three ways blockchain can have a positive influence on data security.

Instead of uploading data to a cloud server or storing it in a single location, the blockchain splits everything into small chunks and sends them across the entire computer network. It is a digital transaction ledger that lacks a central control point. Each computer, or node, has a complete copy of the ledger. Therefore, one or two failing nodes will not affect data loss.

Effectively eliminate the middleman, where there is no need to involve a third party to process a transaction. There is no need to trust a vendor or service provider when they can rely on a decentralized and immutable ledger.

Everything that happens on the blockchain is encrypted and it is possible to prove that the data has not been changed. Due to its distributed nature, companies can check file signatures in all logs on all system nodes and confirm that they have not been tampered with. In case someone changes a record, the signature is made invalid.

This has the potential to use the blockchain ledger to validate data that has been backed up and stored in the cloud with third party vendors. Confirm whether the data remained completely unchanged even weeks, months or years later. Nobody can refuse that the blockchain provides reliable and independent data verification.

3. The blockchain is virtually impossible to hack

While hackers can break into conventional systems and find all data in a single repository and exfiltrate or corrupt it, blockchain makes this incredibly difficult. The data is encrypted, decentralized and controlled by the entire system. Once a transaction is in the ledger, it is nearly impossible to edit or remove it without it being seen and invalidating the signature.

Multiple nodes on the network establish every legitimate transaction. To effectively hack the blockchain, you would have to hack most of the nodes at the same time, which, while technically possible with adequate power and supercomputing time, is far beyond the capabilities of cybercriminals today.