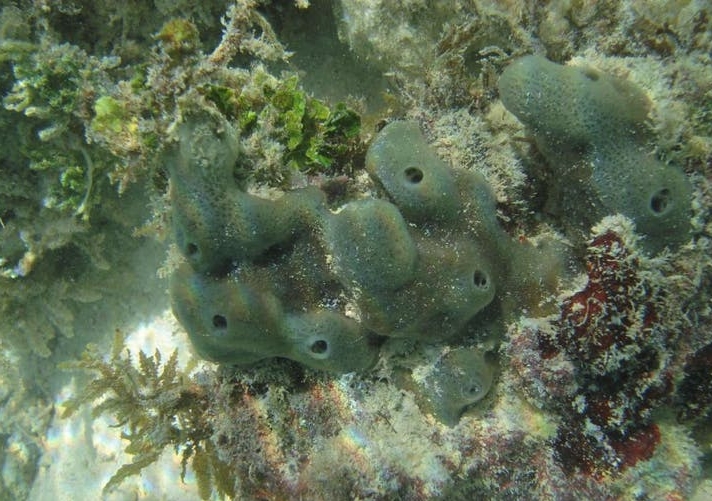 Many human traits, such as height and disease susceptibility, depend on genes encoded in our DNA. These genes are turned on and off and further refined by important but hard to find regions in the genome.

A particularly important class of these regions is known as an enhancer, which increases the likelihood of a particular gene being activated. Trying to find enhancers based on genome sequence alone is incredibly difficult, like finding a light switch in a dark room.

That is why, until now, there hasn’t been a single example of a DNA sequence enhancer that has been found similar across the animal kingdom.

In a new study published in Science, we found that humans, mice, zebrafish – and most likely the entire animal kingdom – share empowering regions with a sea sponge from the Great Barrier Reef. Since sea sponges and humans last shared a common ancestor more than 700 million years ago, this means that the functional mechanism has been preserved throughout this time.

Read more: From fragile stars grows a “tree of life”: how genes trace life on Earth

What we have done

Our study involved a team of researchers from the Victor Chang Cardiac Research Institute, the University of Queensland, the Centenary Institute and Monash University. We started by collecting sea sponge samples from the Great Barrier Reef, near Heron Island.

At the University of Queensland, we extracted enhancer DNA from the sea sponge and injected it into a single cell from a zebrafish embryo. We found that while the sea sponge enhancement sequences were very different from the zebrafish enhancement sequences, they still worked: they successfully and consistently drove the expression of a fluorescent protein in certain types of zebrafish cells.

Based on computational predictions, we also identified and tested similar enhancers from humans and mice, to show that these sequences drive the expression of a fluorescent protein in similar zebrafish cell types during development.

We found that, despite the differences between sponge and human genetic sequences due to millions of years of evolution, we could identify a similar set of genomic instructions that controls gene expression in both organisms.

What does it mean

Our findings represent a fundamental discovery for understanding the connection between our genomes and our physical traits.

The sections of DNA that are responsible for controlling gene expression are notoriously difficult to find, study and understand. Although they make up a significant part of the human genome, researchers are just beginning to understand this genetic “dark matter”.

This article was republished by The Conversation under a Creative Commons license. Read the original article.