Guide to fundamental differences between IPO and ICO 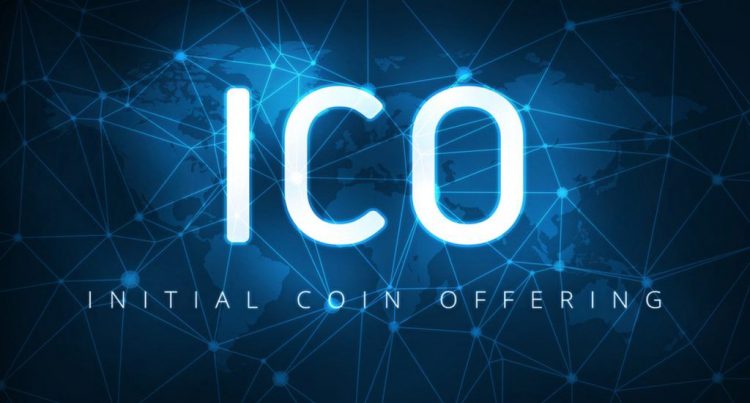 In the first half of 2017, the total dollar amount raised for Initial Coin Offerings (ICO) was surprisingly over a billion dollars. It is a stunning figure in a span of only 7 months.

With a market capitalization of over $ 150 billion, the world of cryptocurrencies has attracted many, from investors who want to make money to experts who worry about the lack of transparency. The exponential growth of the ICO market has undeniably biased the industry, with critics associating this growth as a bubble waiting to be popped, while proponents justify the omnipresence of such ICOs as a revolutionary tool that upsets the traditional financing mechanisms of the company.

What does an ICO mean?

An initial coin offering (ICO) is a type of crowdfunding that uses cryptocurrencies. An ICO is executed through the creation and sale of a digital currency or a token to finance the development of the project. The characteristics of the ICOs can be further understood by comparing them with a similar mechanism in the financial market, called Initial Public Offering (IPO). The IPO refers to the public sale of a company's shares for the first time, in order to raise funds for the expansion and development of the business.

We analyze the differences between an ICO of cryptocurrency and an equity IPO.

Private companies that want to become a publicly traded company must go through an IPO. The motivations for becoming public are usually focused on raising public funds to increase the commercial activities. As part of the mandatory requirement established by the regulatory authority, a legal document – called a prospectus – must be devised by any entity wishing to issue an IPO. The prospectus document represents a legal declaration of its intention to issue the shares of its company to the public and must therefore satisfy a required level of accountability and transparency. The prospectus must contain key information about the company and its impending IPO, which will help potential investors evaluate the company's profitability.

On the other hand, ICOs are not bound by any laws or regulations to issue legal documentation or forms of liability. However, a document called white paper is usually prepared by the development team to outline key project information, including purpose and mechanics. However, it is important to understand that there It is not a universally accepted standard for an ICO whitepaper; any project could conceive a white paper autonomously, with the possibility to include or exclude any information they deem appropriate.

There is an extensive list of requirements that a company must meet before publicly listing its shares through an IPO, including a minimum earnings threshold and a good track record. The process requires the intervention of numerous third parties, such as professional accounting firms, to verify company accounts and investment banks that act as an underwriter for the business and collaborate with the exchanges to meet certain requirements. These strenuous processes naturally act as a filter for credible companies to issue their shares in the public market. In addition, most entities that are contemplating an IPO are already funded by institutional investors (including seed investors, private equity firms, venture capitalists, etc.) who have undertaken rigorous due diligence on the company's profitability.

Because ICOs do not adhere to any regulation or legal protocol, a significant majority of these projects do not have an adequate track and only have an insignificant white document to back up their project. While some have a working prototype (in alpha or beta phases), most projects are only in the phase of idealization or conceptualization. This makes evaluation of their evaluation incredibly difficult; the due diligence process is focused on the future expectations of the project rather than on its past history, since most of the time it is not there. This is the main reason why investing in ICO is considered an extremely risky endeavor.

Shares issued through an IPO represent a share of ownership of the company's future earnings. The shares can be divided into different distinct classes that include common stock, preferred stock or a hybrid of both. The utility of a shareholder to hold a security is the right to distribute dividends and to have a vote in the shareholders' meeting.

Unlike an IPO, possession of ICO tokens does not grant token holders a share of ownership of the project. There are many ways in which token holders can reap the benefits of owning tokens, and this depends on how the currency is structured. Generally, the value of any coin or token is directly related to its perceived utility. Some coins generate value by conferring a share in future project revenue, while some currencies are equivalent to the value of its use within its ecosystem; the greater the adoption of money, the greater its value will be.

An IPO process can be a long process because the regulatory and compliance process is comprehensive. The average approval process of a traditional IPO can take from 4 to 6 months.

On the other hand, the ICO process has a much shorter duration due to the absence of rigorous legal requirements or processes. The duration, however, depends on the nature and timing of the project itself. Once a white paper is designed and a smart token sale contract is finalized, the ICO can start. The length of the token sale depends on the project that reaches the maximum protection limit, or a fixed sales term, which can usually last a month. However, ICOs that generate a burst of hype can mostly be fairly quickly.

The majority allocation of shares for IPOs is often given to institutional investors such as investment banks, mutual funds and endowments. Most of the time, only a limited portion is assigned to normal, retail investors. This means that unless you are an accredited investor belonging to the "big boys' club" it will be extremely difficult – if not impossible – to acquire shares at the IPO stage. It is much easier to acquire the shares of new IPO companies once they are traded on public exchanges.

In the case of an ICO, there are few or no barriers; anyone can participate in an ICO. All you have to do is invest in ICO projects using the base currency of Bitcoin (BTC) or Ether (ETH), and you can convert them to the ICO token. The ICOs therefore bypass the "oligarchistic"Nature of traditional fundraising, which allows the masses to participate in highly profitable investments.This degree of democratization is a great attraction for many as it gives"rekindle people"Instead of a close-knit elite club.

What the future holds

Although currently unregulated, many countries and regulators are examining the ICO market. It will only be a matter of time before the legislations are carved and applied to regulate the industry, given the amount of scams and shady projects that have gained huge amounts of money. For now, the best way to protect investors is to perform strict due diligence before investing their money in any ICO.

Guest Post by: Aziz Zainuddin, founder of Master The Crypto.