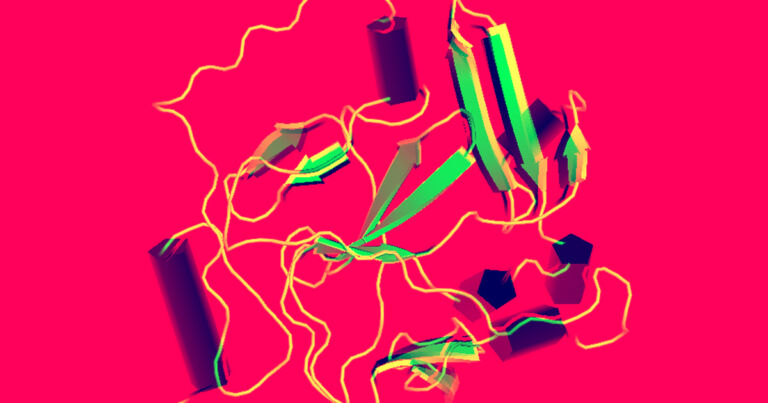 Google’s DeepMind team has developed an artificial intelligence algorithm that appears to have solved a biological challenge so complicated it seemed nearly impossible for decades.

DeepMind announced in a blog post on Monday that its scientists have developed an algorithm, AlphaFold 2, which solved what is called the protein folding problem: an ambitious scientific endeavor to predict the shape of proteins. Based solely on their composition. Prediction of protein structure can greatly improve biomedical science and allow doctors to develop new treatments even faster.

Proteins are essentially strings of single molecules called amino acids that have been twisted and folded into a complex shape. But an average protein has about 10 ^ 300 – that is, a ten followed by 300 zeros – possible conformations. Critical Assessment of Protein Structure Prediction (CASP) is a two-year challenge for scientists seeking to solve the problem where AlphaMind 2 has performed better than anyone else in history.

In CASP 2020, AlphaFold 2 was able to predict the structure with a median score of 92.4 out of 100 points, according to the team’s preprint research. It’s far from perfect, but it far exceeds the conjecture-and-verification approach that has dominated the field for decades.

AlphaFold 2 has already been used: DeepMind writes on its blog that the team was able to predict the structure of several proteins found within the SARS-CoV-2 coronavirus. Beyond that, the team expects it to greatly accelerate the pace at which doctors can analyze new diseases and develop potential treatments.

“AlphaFold’s surprisingly accurate models allowed us to solve a protein structure that we have been stuck on for nearly a decade,” Andrei Lupas, director of the Max Planck Institute for Developmental Biology and a CASP evaluator, told DeepMind blog.

READ MORE: AlphaFold: a solution to a great 50-year challenge in biology [DeepMind]

More on DeepMind: There is a power struggle within Google to control superhuman AI