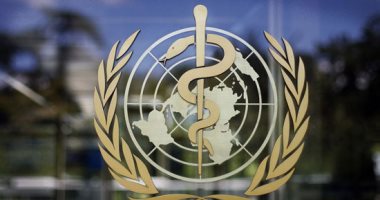 The World Health Organization has defined antimicrobials – including antibiotics, antiviral drugs, antifungals, and antiparasitic drugs – as medicines used to prevent and treat infections in humans, animals and plants.

The organization explained that antimicrobial resistance occurs when changes in bacteria, viruses, fungi and parasites occur over time. They become less sensitive to drugs, which makes infections more difficult to treat and increases the risk of illness, serious illness, and the spread of death.

The organization added that resistance to antibiotics and other antimicrobial drugs becomes ineffective due to drug resistance and infections are becoming increasingly difficult or impossible to treat.

The World Health Organization said the ability to treat common infections is still threatened by the emergence and spread of drug-resistant pathogens that create new resistance mechanisms that lead to the emergence of antimicrobial resistance. Of particular concern is the rapid global spread of bacteria resistant to many or all – also known as “intractable germs” – causing infections that cannot be cured with current antimicrobial drugs, such as antibiotics.

The organization noted that it has identified 32 antibiotics under clinical development for the treatment of pathogens included in the organization’s list of priority pathogens, of which only six are classified as innovative. Furthermore, the difficulty of obtaining good antimicrobials remains a major problem, as countries affected by all levels of development lack supplies of antibiotics, particularly in health systems.

He indicated that the loss of antibiotic action is increasing in light of the spread of drug resistance globally, which results in an increase in the difficulty of treating infections and death. This creates an urgent need for new antibacterial agents, for example to treat carbapenem-resistant Gram-negative bacterial infections, similar to the WHO’s list of priority pathogens, but if people don’t change how they use the antibiotics now, the fate of these new antibiotics will be the same. The fate of existing antibiotics and thus will lose their effect.

The organization pointed out that national economies and their healthcare systems bear enormous costs due to antimicrobial resistance affecting the productivity of patients or their caregivers by extending the length of patients’ hospitalization and the need to provide them with more expensive and targeted care.

And he stressed that the number of people whose treatment fails or dies will increase from infections unless effective tools are provided to prevent and treat drug-resistant infections as they should, and the availability of existing and new antimicrobials improves with guaranteed quality. Likewise, the risks of medical procedures such as surgery, including caesarean sections, hip replacements, anticancer chemotherapy and organ transplants will be exacerbated.

He revealed that antimicrobial resistance naturally appears over time through what usually occurs in genetic changes, explaining that antimicrobial resistance is found in humans, animals, food, plants and the environment – the water, in the soil and in the air – and can be transmitted from person to person or between rows of people and herds of animals. , Including food of animal origin.

The organization pointed out that the main factors driving the emergence of this resistance include the misuse and excessive use of antimicrobials. Lack of access to clean water, sanitation and sanitation for both humans and animals; Weak infection and disease prevention and control in health care facilities and farms; Insufficient access to valid and affordable drugs, vaccines and diagnostic tools; Lack of awareness and knowledge; Failure to enforce legislation.