French queen Marie Antoinette’s shoe sold at auction for over $ 50,000 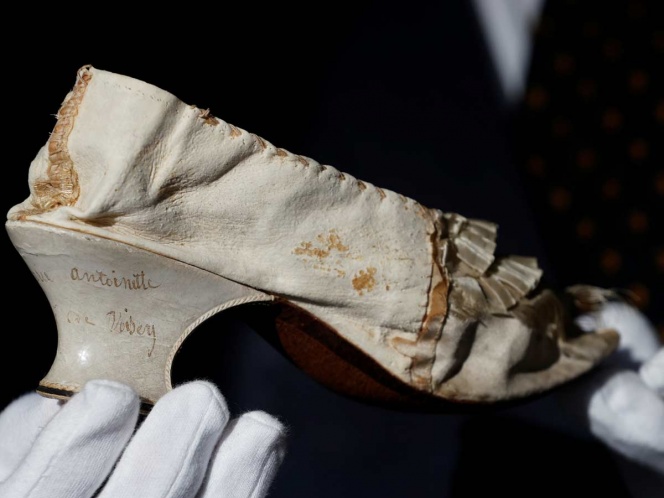 According to Osenat’s presentation, the shoe is made “with silk in the third of the front and with goatskin in the three quarters of the back” and has “four folded and overlapping loops”, as well as a heel “covered with a layer of gray paint “.

This is 22.5 centimeters long, which today corresponds to a size of 36 foot.

After the death of the Austrian-born queen, the shoe passed into the hands of Marie-Emilie Leschevin de Prévoisin, a close friend of Madame Campan, Marie Antoinette’s first maid.

After Leschevin de Prévoisin’s death in 1816, it belonged to his family until this auction in November 2020.

The final sale price was much higher than the initial estimate of 8,000 or 10,000 euros thanks to the “great interest” of “international collectors”, said Osenat.

The figure of Marie Antoinette, guillotined in 1793 during the French Revolution, continues to arouse fascination around the world.