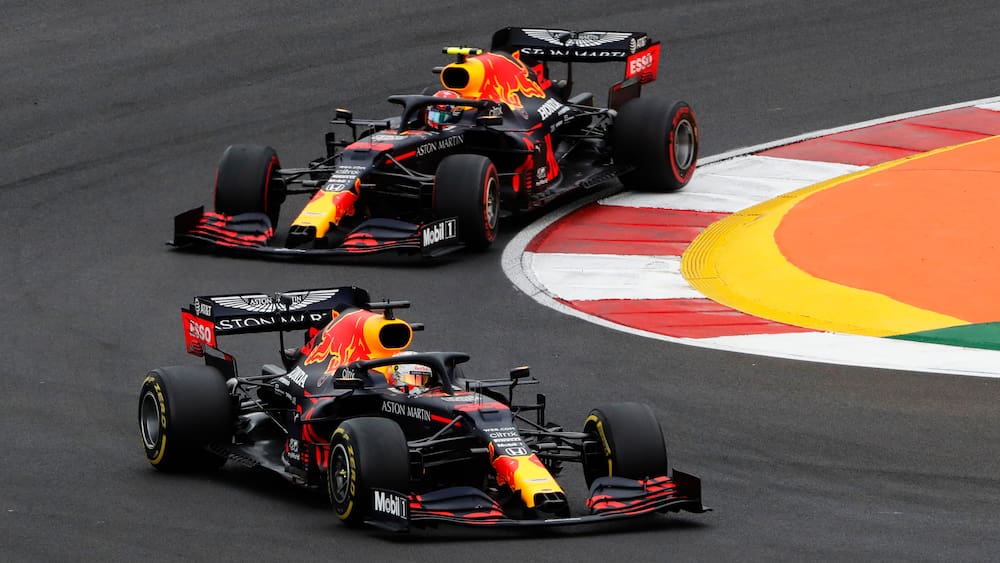 Sebastian Vettel (33) breaks down and desperately in his last days in Ferrari on the car and colleague Charles Leclerc (23). Valtteri Bottas (31) is also brutally demonstrated in Mercedes’ fourth year by Lewis Hamilton (35). And now the sensitive Thai Alex Albon (24) has come to an end at Red Bull.

Max won the first race A!

Destroyed by a giant, Max Verstappen (23). The flying Dutchman has matured so much that even Hamilton should have dressed warmly in a duel with the same weapons.

In 2016, Verstappen arrived after just three races in Spain for Kvyat, who had been relegated to B-Team Toro Rosso – and won his first Red Bull race! Because Hamilton and Rosberg fell with their silver arrows shortly after the start.

Only Ricciardo withstood the pressure

“Max is an exceptional talent who only shows up every ten years or more. However, his teammates like Ricciardo have to be able to resist and not fall too hard, ”says Bull’s stern sporting director Helmut Marko (77).

Gasly has to stay down

Alex Albon, promoted by the B-Team, never managed in 2020 – 1: 9 on the podium or 64: 162 points. “We have to react,” says boss Christian Horner himself. The problem: Red Bull belongs to 51 percent of the Thai Yoovidhya family (Mateschitz to 49 percent).

Also, we don’t want to promote Monza winner Pierre Gasly of Alpha Tauri. There he was replaced by Albon during the summer break in Hungary in 2019 … Marko: “We also need a strong driver in the B-Team!”

Do Hülk and Pérez have patience?

Then open the door to the first driver who is not part of Red Bull’s nearly 20-year promotion program: Sergio Pérez (30) or Nico Hülkenberg (33). They should wait in another team with a quick sign!

But if you have a cockpit somewhere these busy days (Haas, Williams, Alfa-Sauber), you may lose patience and hope.

The second construction site for the Salzburger Dosen team is more dangerous. After the shocking news that Honda will depart in late 2021, Red Bull plans to take over everything from the Japanese.

But there is a problem with doing it yourself. The six-cylinder could not be further developed. That is why they are now demanding that the engines be frozen from 2022. Otherwise, both teams are threatened (not for the first time) from Formula 1.

FIA chief Jean Todt reacted immediately: “We can talk about everything, but we won’t allow ourselves to be blackmailed!”

Mercedes is for freezing, Ferrari is not. Because long-term silver winners know that such a project must fail on its own. So “help” today get rid of them tomorrow as opponents!

And what is Red Bull really doing? In the end, if you really want to continue, is there only a return to the battered double bed with the Renault?

After all, Vettel won all four world titles with the Frenchman for Red Bull from 2010 to 2013. The team, who finally wants to be world champions again, will live on these successes and trophies for some time to come. But only: how long?