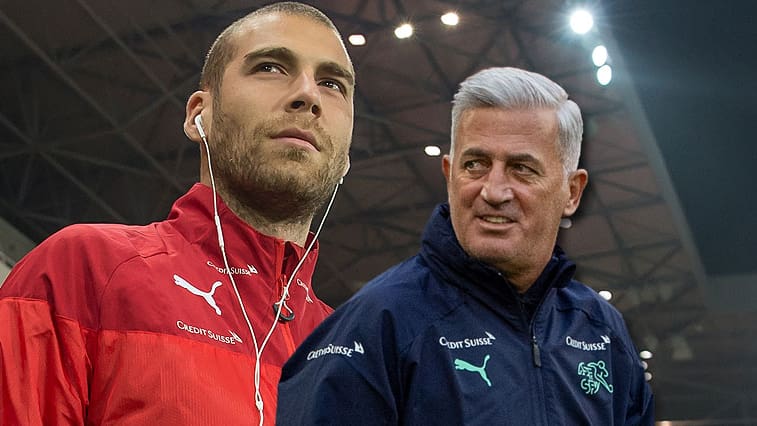 Tuesday the motto of the national team: win or fly! If Vladimir Petkovic’s team does not make the top three against Ukraine in 2020, they will be eliminated from Nations League Group A and relegated.

In the final match to keep the championship, Petkovic is forced to make changes from the 1-1 against Spain. Nico Elvedi and Remo Freuler, both excellent against Spain, are disqualified. And since Silvan Widmer dropped out shortly after moving in due to a positive crown test, Petkovic now needs to upgrade.

He nominated for Ukrainian hits Michel Aebischer, Michael Lang and Pajtim Kasami. If 28-year-old Neo-Basler comes to Lucerne on Tuesday, it will be a return after a 1664-day absence from the national teams. He played his last international match on 29 March 2016 against Bosnia and Herzegovina.

Kasami has long been considered one of the greatest talents in Swiss football. After his debut on 15 October 2013 against Slovenia under Ottmar Hitzfeld, many experts were convinced that Kasami would play an important role in the national team for many, many years. To date, the dangerous midfielder has only played 12 international matches. Asked if more would be added, Kasami said two weeks ago in “Sonntags Blick”: “My job is to show performance with the FCB, the rest will come by itself.”

Suddenly it all happened very quickly

But he probably didn’t think it would happen that fast: on the same day, he scored his first goal in the first game with FC Basel and led the team to a 3-1 victory over St. Gallen. Now the national team.

Kasami, who once won the U17 world championship with Switzerland and played in England, Italy and Greece, has undoubtedly always been one of the most talented Swiss footballers. He has now become an FC Sion leader in recent years.

BLICK recently released the title: “Kasami is more versatile than a Swiss Army knife!” Dangerous for objectives, technically skilled, strong in combat, experienced. Kasami is a lot. But it is certainly not a stopgap or a “Nati-Kader-filler”. It is quite likely that Petkovic will also use his new weapon in the relegation battle against Ukraine.