Family war! :) Rafael Nadal is an avid Real Madrid fan, but his uncle can join the administration of Barcelona! 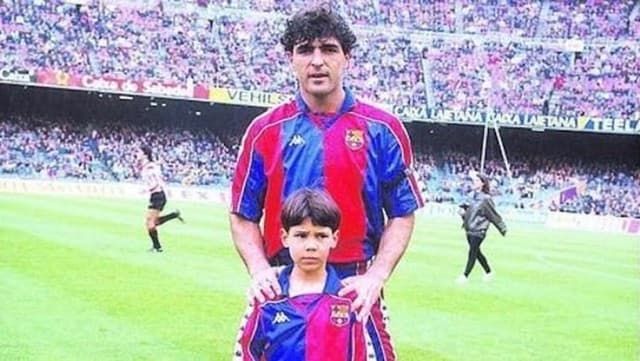 Toni Nadal is the uncle of the famous tennis player Rafael Nadal.

Victor Font, Barcelona’s presidential candidate, has announced that Toni Nadal will be part of the team that will lead Barcelona, ​​should he be elected. Toni Nadal is the brother of the famous former Barca player, Miguel Angel Nadal.

Toni Nadal and Victor Font met two years ago, when the candidate traveled to Manacor to meet the tennis player’s uncle.

Although Rafael Nadal is a big fan of Real Madrid, Toni said the most important thing is the Barcelona club:

“I want to be clear, I’m his uncle and he’s a real fan, but I’m also the brother of a former Barça player.”

“I am delighted and I hope to make a contribution so that Barcelona continue to be the greatest team in Catalonia, the most important club in the world!”, Toni Nadal said at his presentation.

Toni also spoke about the situation of Leo Messi of Barcelona and how he will try to convince him to stay in the team.

“We have to make an effort to make him happy with us. It is outrageous that the best footballer in history wants to leave this club. It is impossible for him to be unhappy. We have to create an atmosphere that makes him happy. Make her feel good.”

Despite the fact that he is now with Real, Rafael Nadal wore the Barca shirt before a game of his uncle, Miguel Nadal.