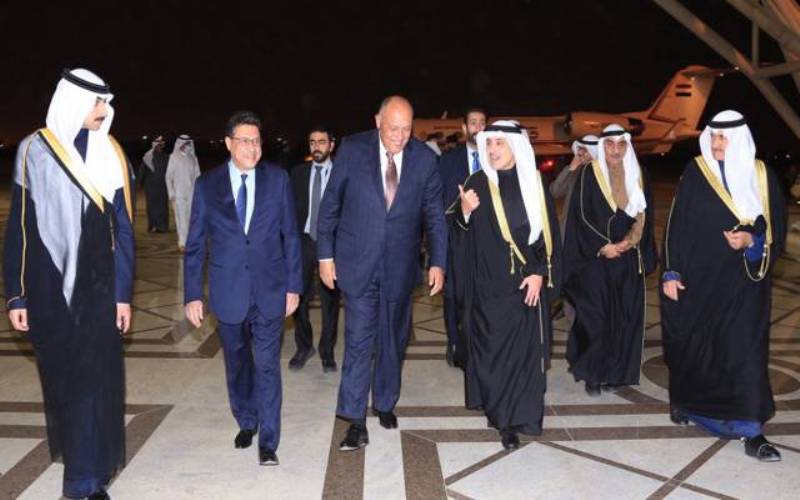 Egyptian Foreign Minister Sameh Shoukry delivered a message from President Abdel Fattah al-Sisi to the Emir of Kuwait Sheikh Nawaf al-Ahmad al-Jaber al-Sabah on Sunday inviting him to visit Egypt, according to a spokesman for the Ministry of Foreign Affairs Egyptian Ahmed Hafez.

Shoukry expressed Sisi’s congratulations to al-Sabah for becoming the ruler of Kuwait and for making Sheikh Meshaal al-Ahmad al-Sabah his heir to the throne.

Egypt is looking forward to strengthening close relations with Kuwait and reaching a breakthrough in the fields of bilateral cooperation, Shourky said, and added that his nation is grateful for the support Kuwait has given it. Egyptian economy, such as the Kuwaiti Fund for Arab Economic Development to support the development of Egypt.

Al-Sabah in turn praised Egypt’s support for Kuwait throughout history and said that Egypt holds a special position in the Gulf region due to the role it plays in achieving regional stability.