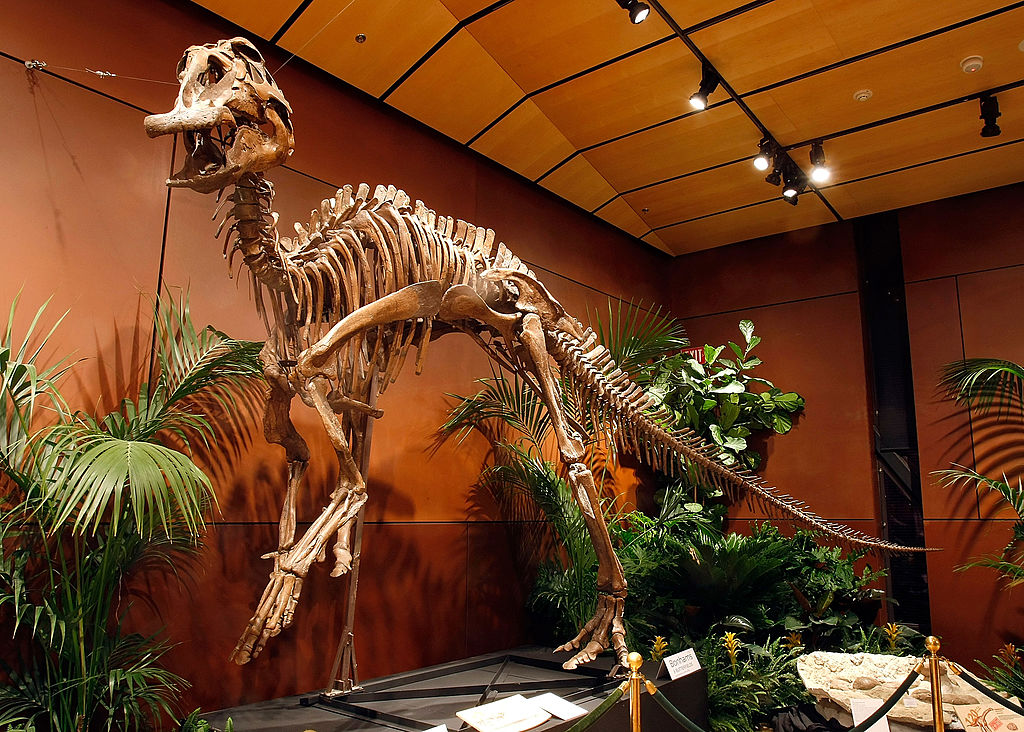 The first discovery of duckbill fossils in Africa offers an insight into how dinosaurs could have crossed the open ocean to get to the continent.

An international team of researchers published their findings in the journal Cretaceous Research, detailing the discovery of a new dinosaur called Ajnabia odysseus. The fossil of the new duck-billed species was found embedded in rocks in Morocco, dating to the end of the Cretaceous period about 66 million years ago.

The new species is part of the same group of duck-billed dinosaurs, Hadrosauridae, which are mostly herbivores and have grown to a length of nearly 50 feet (15 meters). This new species, however, was relatively small at only 10 feet (3 meters) in length.

An out of place discovery

Members of the hadrosaur family trace its origins back to what is now North America, later migrating to and covering parts of South America, Asia, and Europe. On the other hand, Africa was an isolated island continent during the Late Cretaceous, separated by deep waterways, creating the idea that duck-billed dinosaurs could not have reached the African continent.

RELATED: Algae learned to eat other organisms, surviving the event that killed the dinosaurs

It explains why the recent discovery of a separate species of duck bill in a mine located a few hours from Casablanca, Morocco’s largest city, was “the last thing in the world you would expect,” according to Dr. Nicholas Longrich. , the head of the study of the Milner Center for Evolution at the University of Bath in England. In a press release from the University, Dr Longrich compared the archaeological excavation to the “search for a kangaroo in Scotland”. The question is how this duck-billed species got into a place completely surrounded by deep water.

A study of the distinct dental profile of the duck bill and its mandible placed it as a member of the Lambeosaurinae, a subgroup below the duck-billed dinosaurs characterized by a large bony crest on the top of the head. These crested duckbills first evolved in North America before moving to Asia and Europe. Lambeosaurus members have not been found in Africa before.

By reconstructing the phylogenetic duckbill tree, the researchers proposed that lambeosaurs could have evolved in North America before crossing a land bridge to the Asian mainland. They moved close to what is now Europe before crossing the African continent.

Due to Africa’s physical separation from other continents with waters hundreds of kilometers wide, duckbills could have reached the new continent by rafting on debris, floating or even swimming. The researchers raised the possibility that duckbills are powerful swimmers, a fact supported by the presence of large tails and powerful legs reconstructed from previously discovered specimens. Additionally, most of the duckbill fossils have been found embedded in marine rocks or around river deposits, making swimming possible.

“Sherlock Holmes said, once the impossible is eliminated, whatever remains, no matter how improbable, must be the truth,” Longrich noted. Although it was impossible at the time to simply walk to Africa, he noted that duckbills evolved long after continental drift pushed Africa away from the rest. This leaves the possibility of reaching Africa only by water.

The name of the new species, Ajnabia odysseus, derives from the Arabic word for “foreigner” (Ajnabi) and from the famous seafarer of Greek literature, Odysseus or Ulysses for the Romans.

RELATED: Tectonic Rift in Africa to Give Birth to a New Ocean in 5-10 Million Years

© 2017 ScienceTimes.com All rights reserved. Do not reproduce without permission. The window on the world of the times of science.