Duck-Billed Dinosaur ‘Swam Across the Sea’ to Africa | news 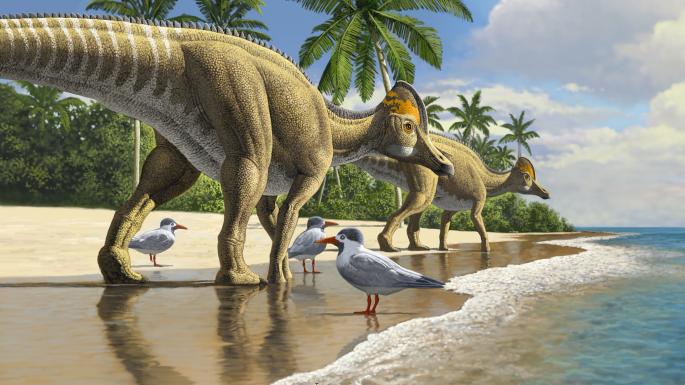 About 66 million years ago a pony-sized dinosaur breathed its last in the land we now know as Morocco. His end was extraordinary in all but one: he was thousands of miles away, and an ocean, far from where he should have been.

Scientists now believe the creature is the earliest known example of a terrestrial dinosaur that made a major sea crossing. It appears that he, or his ancestors, swam or moved from another continent to Africa. They called him Ajnabia odysseus, after the mythical Greek sailor.

The animal was a member of the duck-billed dinosaurs, a diverse group of herbivores that fossil records show first evolved in North America.

They later spread to