Dinosaurs could travel across the ocean in Africa, new fossils suggest 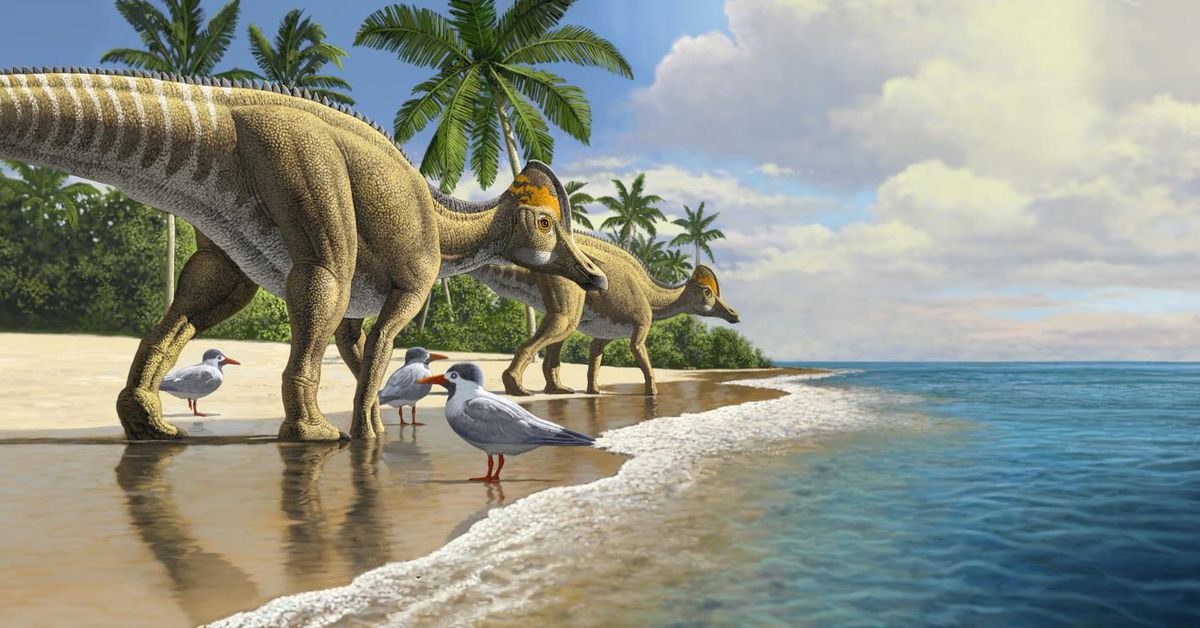 Experts recently discovered fossils of a duck-billed dinosaur in Africa, a sign that the dinosaurs could cross oceans to reach different continents.

Nicholas Longrich, a senior lecturer at the Milner Center for Evolution at the University of Bath who led the study, told CNN that the finding was “about the last thing in the world you’d expect.”

Scientists said the duckbills must have crossed the open sea to get to Africa as it was isolated from the oceans at the time. According to a statement, the duckbills would have had to “raft debris, float or swim” to get there.

“Sherlock Holmes said, once the impossible is eliminated, whatever remains, no matter how improbable, must be the truth,” Longrich said. “It was impossible to walk in Africa. These dinosaurs evolved long after continental drift divided continents and we have no evidence of land bridges. Geology tells us that Africa was isolated from the oceans. In that case, the only way to get there is water. “