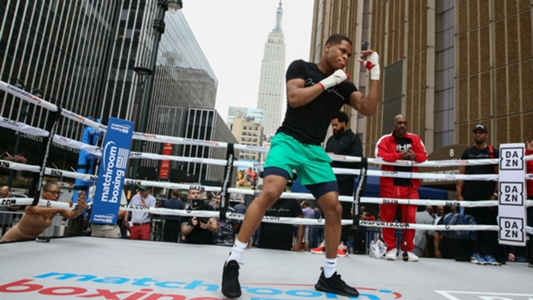 Devin Haney speaks for the last time before the biggest fight of his career on Saturday night, live on DAZN.

The lightweight division has been the front and center of the boxing universe for the past two weeks.

The latest member of the “Four Horsemen”, Devin Haney, enters the ring on Saturday when he puts the WBC title on the line against Yuriorkis Gamboa. Seeing how good Lopez and Davis looked, it could be assumed that Haney would need to put on a dominant performance to keep up with her peers and ensure encounters with them. Instead, Haney (24-0, 15 KOs) feels he has to do the opposite to ensure he gets those races.

“Honestly, I think I looked bad to bring these guys into the ring with me because the better I watch, the more they’ll race,” Haney said at Thursday’s press conference. “I’ll go there, put on a statement performance, finish the job and beat it worse than it’s ever been beaten before.”

Gamboa (30-3, 18 KOs) is Haney’s most formidable opponent in his short career. The Cuban is a former unified featherweight champion, 2004 Olympic gold medalist, and gave Davis a tough fight, even as he battled with a torn Achilles tendon, before being stopped in the 12th round. 21-year-old Haney believes this will be the fight where people will finally notice and realize it belongs to Lopez and Davis topping the rankings in the 135-pound division.