Dengue fever is still present in the archipelago 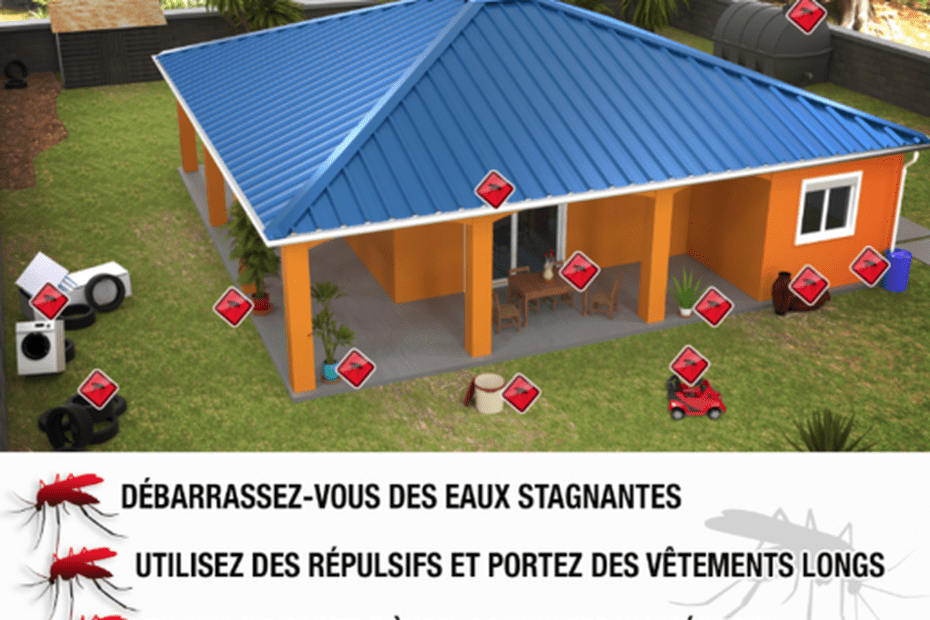 If all eyes remain on the Covid-19 pandemic, the fact remains that the Dengue epidemic is circulating intensely in the Archipelago. There is also a death linked to dengue fever in Guadeloupe. It was last September.

The Regional Public Health Unit of the Antilles France has just published the latest epidemiological bulletin on the dengue epidemic that has been raging for several months.
A dengue epidemic that circulates intensely in the territory of Guadeloupe.
In recent weeks, the number of patients reported has increased and a peak was observed in mid-October.
In the past two weeks, there have been 950 suggestive cases of dengue fever and that for each week. Levels have risen since late September.
Since the outbreak began in late December 2019, nearly 18,905 suggestive cases have been reported by sentinel doctors.
As we know, dengue is a serious disease that sometimes leads to emergency room visits and hospitalizations. This month, of the 214 visits to CHU, 41 required hospitalization, or 19%.
There are also two deaths linked to this dengue epidemic, one in Guadeloupe and another in Saint Martin.

All municipalities are affected by this resurgence of dengue fever, with a slightly higher incidence for the municipalities of Saint-François, Gosier, Abymes and Moule. It is the municipality of Petit-Bourg that holds the palm tree with a ratio of 349 cases per 10,000 inhabitants.
Dengue also circulates in the southern islands with a rather stable incidence in Désirade and Marie-Galante. Good news for Terre de Bas, where no cases of dengue have been identified in the last 4 weeks.

As for the northern islands, we are seeing a decrease in dengue activity in Saint Martin and Saint Barth even if the values ​​remain high.