Crypto Markets in The Green, XRP sees the main boost for a short overtaking of ETH by market capitalization Tuesday, November 6: the most important cryptocurrencies recorded strong earnings during the day, with Ripple (XRP) that temporarily passed the Ethereum (ETH) as the maximum competitor for market capitalization. 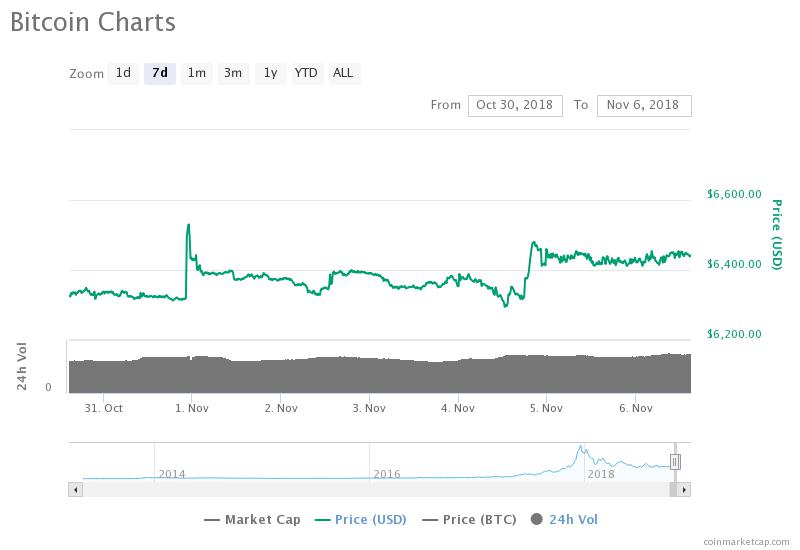 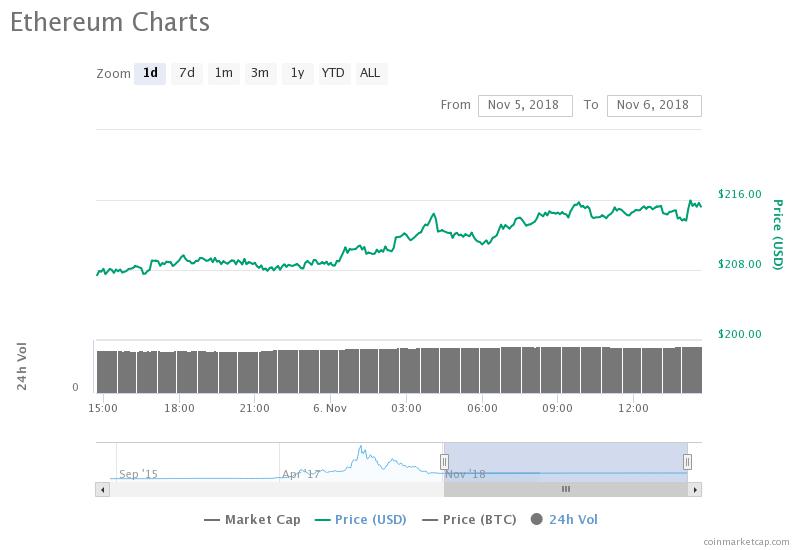 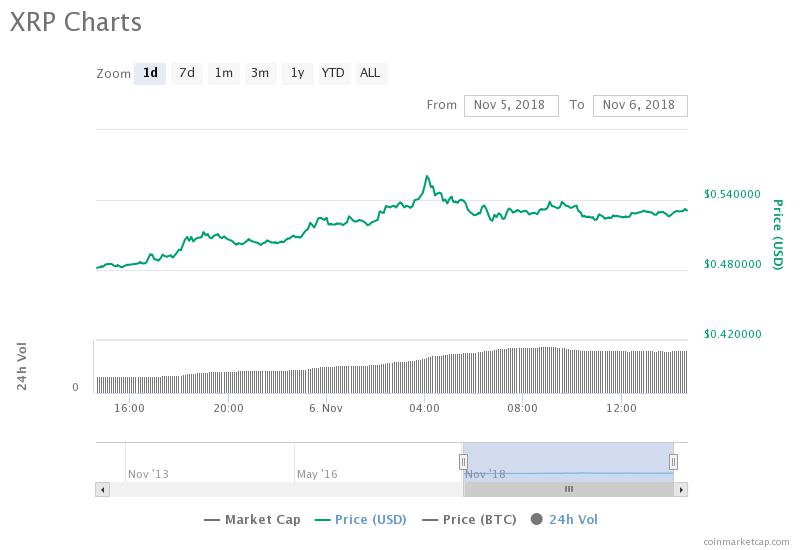 Bitcoin Cash (BCH) still earns revenue following its recent hard fork, earning 8.59% of the day and trading around $ 602 at the time of printing. On his weekly chart, the lowest price of the currency was October 31st at $ 415, but he steadily moved to his highest point of $ 607 today. 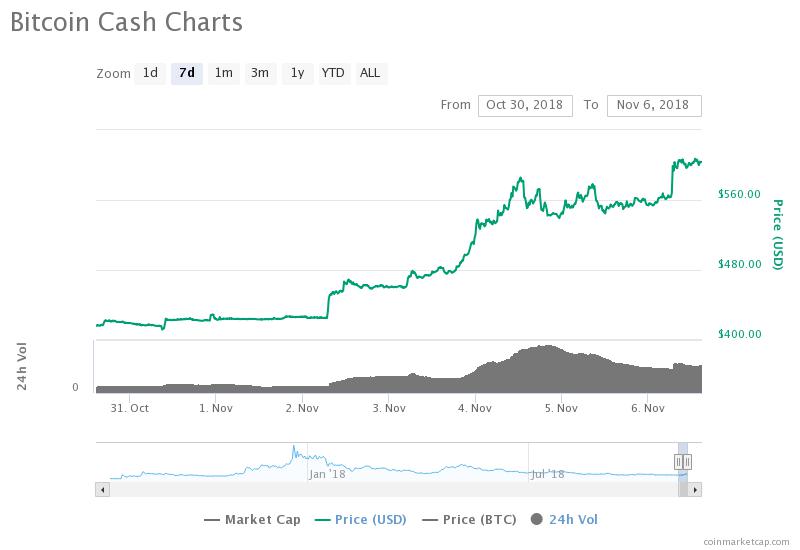 Chart of prices in 7 days of Bitcoin Cash. Source: CoinMarketCap

Stellar (XLM) is trading at around $ 0.260 from the time of printing, having gained almost 7 percent of the day. Altcoin's market capitalization is about $ 4.93 billion, while its daily trading volume is around $ 95.4 million.

The total market capitalization of all cryptocurrencies exceeds $ 217 billion at the time of printing, according to CoinMarketCap, after seeing a midweek minimum on October 31st at around $ 202 billion. 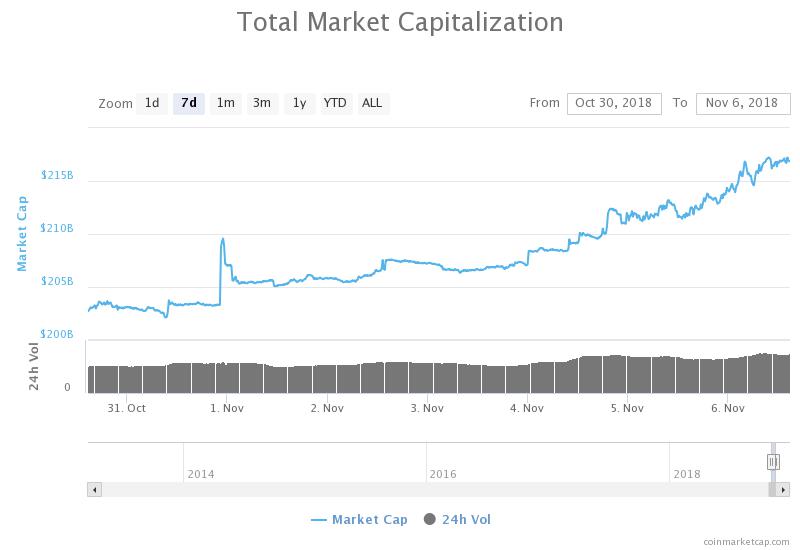 On November 5, Michael Novogratz released a new bullish forecast for BTC, suggesting that the main cryptocurrency could reach a maximum of "$ 20,000 or more" in 2019. Novogratz said the conditions for next year should change considerably, with " FOMO "of institutional investors (" fear of losing ") causing a price hike.

In addition, yesterday's BTC futures on the Chicago Board Options Exchange (CBOE) in the United States reached volatility levels in October, in sharp contrast to global equity markets. The average weekly volatility for the week ending Oct. 26 was referred to only 3% for XBT-CBOE Bitcoin futures, the lowest level ever since they were launched for trading on December 10, 2017.