Covid-19 vaccine: Countries that would already apply the coronavirus vaccine – Other Regions – International 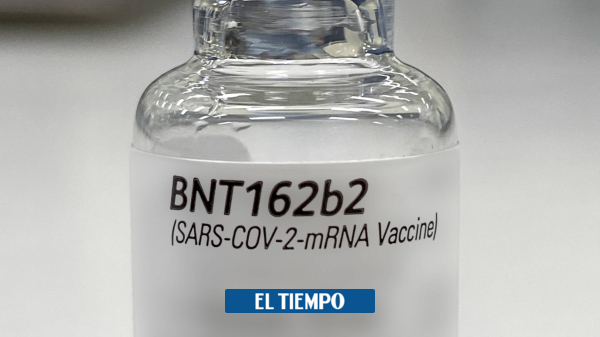 The requests for approval of the covid-19 vaccine that the companies Pfizer, BionNtech and Moderna have submitted to the European Medicines Agency (EMA) have raised doubts about the date when vaccination would begin in different countries.

Of, some nations have disclosed their plans and strategies for dose distribution, as well as provisional dates for mass vaccination.

Jens Spahn, the German health minister, was optimistic in a statement released to the German Newsroom Network (RND), in which he assured that the country’s vaccination plan will be ready by the end of 2020.

Likewise, he said that once this step is completed, “we can start vaccinating immediately.”

Germany’s strategy foresees the activation of 60 specific medical centers for the administration of the doses, which will begin operating in mid-December, according to government estimates.

(Also: What will coronavirus vaccination be like in the US?)

The minister has estimated that the country will be able to acquire around 300 million doses for its nearly 83 million inhabitants, which is why unnecessary vaccines are expected to be distributed to other countries.

For England, the proposed deadline is much shorter, as the plan calls for distribution of the Pfizer vaccine to begin on 7 December. This will depend on the date of authorization by the UK Medicines and Health Products Regulatory Agency.

According to the British newspaper ‘The Guardian’, the directors of the National Health Service (NHS) assure that several hospitals in the country “would expect to have stocks of vaccines between 7, 8 or 9 December”.

According to ‘CNN’, in fact, about 800,000 doses arrived in the United Kingdom on December 3, which should be distributed, first of all, health workers, followed by nursing home residents and people over 80 years old.

Salvador Illa, Spain’s health minister, told a press conference that his country is ready to start providing the vaccine if doses are available later this year. However, the official believes the vaccination process will most likely begin in January 2021.

“It will be at the beginning of the year, but, if it can be sooner, Spain is ready to administer them as soon as we receive them, following the guidelines and criteria of the vaccination plan, ”he said.

According to Illa’s explanations, the vaccination plan will be implemented in three stages. The first, from January to March; the second, between April and June; and the last, from the middle of the year.

He also assured that thanks to the agreements that the European Union has signed, the country “will receive 140 million doses to immunize approximately 80 million people”, who will have free access to the drug.

(It may interest you: More than 10,000 people have been infected in China by a bacterial epidemic).

In Spain, vaccination will take place in three stages.

In the United States, the plan is not very different, because, according to Anthony Faucci, director of the National Institute of Allergies and Infectious Diseases, vaccination could start in that country before 2021.

“It is likely that we can start distributing vaccines in December and then progressively over the next few months”, he told “CNN”.

In this regard, Alex Azar, US Secretary of Health and Human Services, believes that distribution will depend on the authorization the vaccines receive from the Food and Drug Administration (FDA).

“By the end of December we expect to have around 40 million doses of these two vaccines available. (Pfizer and Moderna) for distribution pending FDA clearance, enough to vaccinate some 20 million of our vulnerable Americans, ”he told the same media.

Jean Castex, French Prime Minister, announced that the first million citizens will be vaccinated in January 2021. The official made it clear that the vaccination will be voluntary and free.

As in Spain, the process will take place in three stages. In the first, elderly residents in residences and staff will be vaccinated. Then, in the second phase, the focus will be on people over 75 or with risk factors and, finally, the rest of the population will be vaccinated.

(Also: the European Union plans to start vaccination in December).

However, Castex explained that the first to receive doses during the last phase will be professionals from essential sectors, people between the ages of 50 and 64 and those in a situation of vulnerability or precariousness.

Tags First to apply vaccinations versus will start