Colt ramps his blockchain efforts, explores the case of the use of the SDN Federation 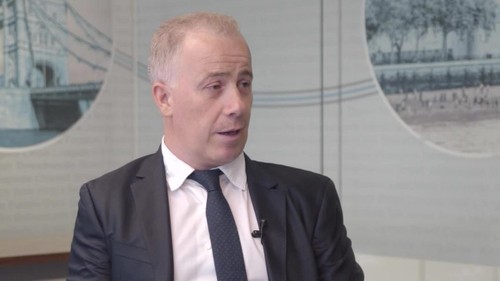 Colt, often at the forefront of new technology implementations, has invested a lot of time and effort in the last year to understand how blockchain technology can help improve operational efficiency, improve customer experience and open up new revenue opportunities. And now look at how the distributed ledger technology, better known to support cryptocurrencies like Bitcoin, could make it easier to manage SDN interoperability.

The operator, who was among the leading Carrier Ethernet, SDN and NFV exponents over the years, announced in March this year that he was working on a proof of concept (PoC) with a another PCCW Global and Clear operator, which develops blockchain-based settlement and clearing systems for businesses based on Ethereum, an open-source blockchain-based platform that features intelligent contract functionality.

The PoC focused on how the blockchain could be used to automate international inter-carrier regulation of international services and, from the time the PoC developed from the use of historical data to the # 39; ingestion of data feeds in real time, has quickly attracted the attention and involvement of other operators, including BT Group plc (NYSE: BT, London: BTA), Hutchison Global Communications Ltd. (HGC) , Telefónica SA (NYSE: TEF) and Telstra Global. (See PCCW Global, Colt Expand Blockchain Trial.)

The carrier agreement was a good starting point for the telco blockchain as it met the key criteria for the use of distributed ledger technology ( DLT), notes Mirko Voltolini, Head of Network on Demand at Colt Technology Services Group Ltd, which notes that the blockchain should only be used where appropriate.

"Blockchain is a database and could be used for many things, but if you do not need the particular attributes of a general accounting technology platform – like distributed trust – then you're better off using a regular database," Voltolini notes.

"The carrier environment is one that requires a lot of cooperation, with more carriers buying and selling one another, and that requires an agreement. that requires trust among operators and that is done manually, like the vocal traffic settlements, so you can do it using blockchain, "he adds.

Mirko Voltolini of Colt: "Anything involving more operators and requiring trust between operators and that is done manually, like the settlements for the vocal traffic wholesale, then you can do it using blockchain. "

So what is the status of the liquidation PoC? Louisa Gregory, chief of staff who is responsible for strategic execution at the operator, says that Colt is "working with Clear and the other carriers to verify what is possible" and that it can take some time as each operator has its own security and legal teams that must be involved and make their own checks.

The operators involved will take further steps at the next ITW Global Leaders & # 39; Forum (GLF) meeting in October, says Gregory. "C & # 39; is a GLF working group that decides what could happen with a resulting solution – no decision has yet been made.The steps taken with the GLF start with bilateral, then move on to multilateral solutions and then to the sector level under the GLF for vocal settlements in the period 2019-2020 Members are keen to ensure that it works on multiple carriers, "he notes.

How will service providers enable automated and efficient network operations to support NFV and SDN? Find the answers to Operations defined by the Light Reading software and the Autonomous Network event in London, November 7-8. Take advantage of this opportunity to learn and connect with industry experts: communication service providers come in for free!

Improving the SDN federation
Colt does not stop at the wholesale settlements. "Another test in the design phase is one that could help increase the SDN federation," says Voltolini. "We have worked with the MEF on the SDN interconnection and now we are analyzing the way in which the process of engagement with interconnection partners, related to quotation, delivery and so on, could be completed by the use of blockchain This relationship with another operator is standardized so that it can be coded into a smart contract, "says the Colt man.

This is the "front end" of the SDN interconnection, which allows you to set up the relationship: the "back end" would be managed by the Sonata interface developed by the MEF. "This does not need a blockchain – it already has a better Web-based API," notes Voltolini, and has already been used in a cross-carrier automation demo presented by Colt and Verizon. (See Colt, Verizon takes the giant leap for cross-bearer automation and Carriers Demo MEK's Sonata SDK for LSO.)

That "front end" is something that Colt is working with Zeetta Networks on Ltd., which has a "patent on the high-level idea," says Voltolini, who adds that Colt hopes to have something to show around this by the end of the year.

This is definitely something to discuss when the blockchain as a tool to enable automation in telecommunications is discussed during a panel session to the operations defined by the Light Reading software and the Autonomous Network event in London, 7 -8 November. That panel session includes speakers from Colt, PCCW Global and Telefónica, so it should be a doozy!

Further applications
Even Blockchain looks like a useful technology in the back office, calculates the Colt team.

Voltolini believes it could be very useful "in the KYC process [know your customer] A client's onboarding requires credit checks, many manual checks, and imagines how much could be automated," he observes.

In addition, Gregory notes that there are more functions in which trust and security are implicit, as in human resources, and where blockchains may play a role. "Imagine what you could do with the CV presentations [résumé]" of the candidates at work. "Data could be stored on a blockchain and it can be trusted that it would reduce the verification process," he notes.

This just seems like the tip of the iceberg blockchain for telecommunications: as Senior Reading senior analyst James Crawshaw noted recently, about a third of telecommunications companies are already considering or actively engaged in activities related to the blockchain, largely related to security applications. (See Separation of the Blockchain Hog ​​from Reality and A Clear Path to the Blockchain in Telecom.)

By the end of the year, that figure and the spread of potential use cases will probably be much greater, as already indicated by Colt's efforts.