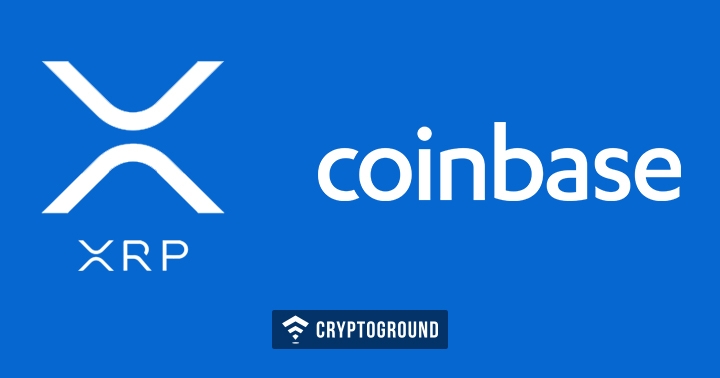 Coinbase Custody became the first Coinbase product to provide support for Ripple (XRP). The announcement of Ripple arriving at the Coinbase Custody was made in October 2018 and officially arrived on the platform last week. This is a significant development as the company has stepped back from supporting Ripple on any of its products for so long.

At the beginning of this year, the rumor spread that the Coinbase and GDAX platforms (now known as Coinbase Pro) would probably have added support for Ripple's XRP cryptocurrency. However, after months of rumors at the beginning of the year, the company made it clear that it was not so and that they will officially announce how and when they intend to introduce a new currency. This news was going around at a time when the cryptographic markets were going through a "bloodbath" phase and helped Ripple overcome the $ 1 mark for a short period of time. However, the price of the currency crashed once again to the clarification of Coinbase.

In the past, Coinbase was rather reserved on the kind of currencies that were willing to list on their platform. However, in recent months they have relaxed their policies for quite a while and are open to listing a number of new coins and tokens through their offers. At the start of this year, the company announced ERC-20 token support. Coinbase then declared that the USD stoverate would soon be added to its platforms.

Coinbase Custody is a digital asset-holding platform that Coinbase offers, allowing its customers to store their cryptocurrencies in cold storage, along with a currency security insurance. This is in particular an instrument created for private investors and institutional investors, as is evident from its minimum balance of $ 10 million and has a setup fee of $ 100,000.

The addition of Ripple on Coinbase Custody could attract a large number of institutional investors towards the service. Ripple is an interesting cryptographic asset for investors, especially after the dramatic 36,000% currency boom at the end of last year. While Ripple is far from such impressive numbers, it continues to be a popular investment option in the markets – and it has overtaken Ethereum to become the second largest cryptocurrency in the cryptocurrency markets in terms of market capitalization.

However, for now Ripple is only supported on Coinbase Custody – and on no other Coinbase product. Basically, this means that while an investor can use Coinbase Custody to store his investment in Ripple (XRP), he can not use any Coinbase service to actually purchase the currency. In addition to Ripple OmiseGo (OMG) is the only other token that shares a similar feature in Coinbase Custody.

Stay tuned with us at Cryptoground for all the latest updates and news from the world of cryptocurrencies.