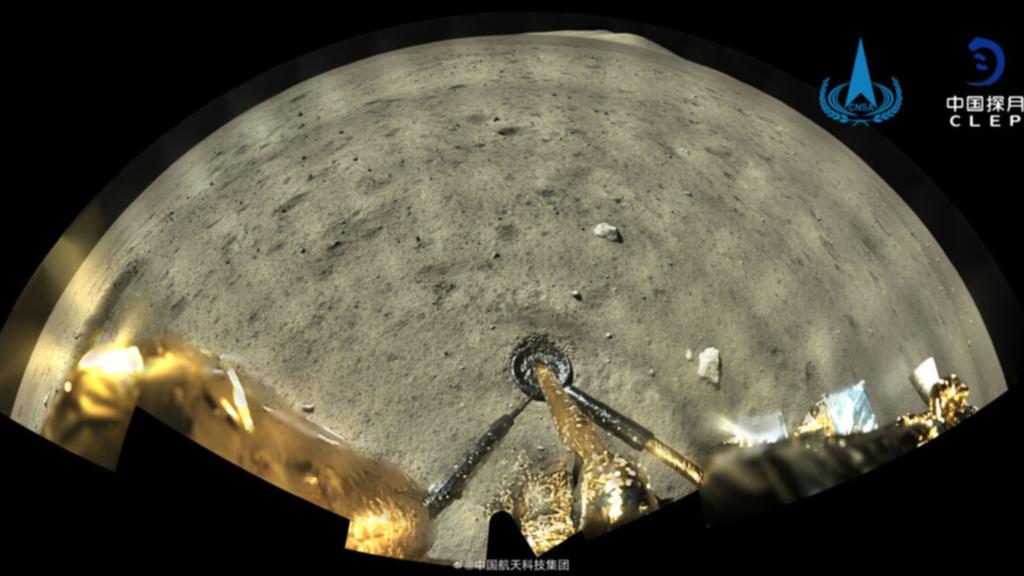 China successfully landed a moon probe on a previously unexplored area of ​​the moon and returned super-sharp images and video from its Chang’e 5 spacecraft.

Less than 24 hours after the Chang’e 5 spacecraft landed on the moon, the Chinese National Space Administration released a high-definition image of the lunar landscape and a short video of the surface descent.

The panoramic image of the surface, showing the Oceanus Procellarum region where the Chang’e 5 landed, provides incredible detail of the lunar surface.

This is not surprising, given that the zoomable image measures 15,000 pixels by 7947 pixels.

The video released by the China National Space Administration shows the descent of the spacecraft, in which it is possible to see the lander positioning itself, avoiding the dangers, then hovers and lands.

What is the Chinese spacecraft doing?

It is the first attempt to collect rocks from the moon by any country since the 1970s.

The samples, which should weigh approximately 2 kg, will be sealed in a container on the pod.

If successful, the mission will make China only the third country to have recovered lunar samples, after the United States and the former Soviet Union decades ago.

Astronauts from the United States reported 382 kg of rocks and soil between 1969 and 1972 during the Apollo program, while the Soviet Union collected 170.1 g of samples in 1976.

When the samples are returned to Earth, scientists will be able to analyze the structure, physical properties and material composition of the lunar soil, the Chinese space agency said.

The mission can help answer questions such as how long the moon has been volcanically active inside it and when its magnetic field – key to protecting any life form from solar radiation – has dissipated.

A long March-5 rocket carrying the Chang’e-5 spacecraft took off from the Wenchang spacecraft launch site on Hainan Island off China’s southern coast on November 24.

The spacecraft landed on a previously unvisited area of ​​the moon, a huge lava plain known as Oceanus Procellarum, or “Ocean of Storms”.

This large dark spot, which spans about 2,900 km in width, could be a scar from a giant cosmic impact that created an ancient sea of ​​magma, according to NASA.

The landing marks the third time that a Chinese lunar probe has successfully landed on the surface of the moon, the state news agency Xinhua reported.

CNN’s Jessie Yeung and Mitchell McCluskey contributed to this report.