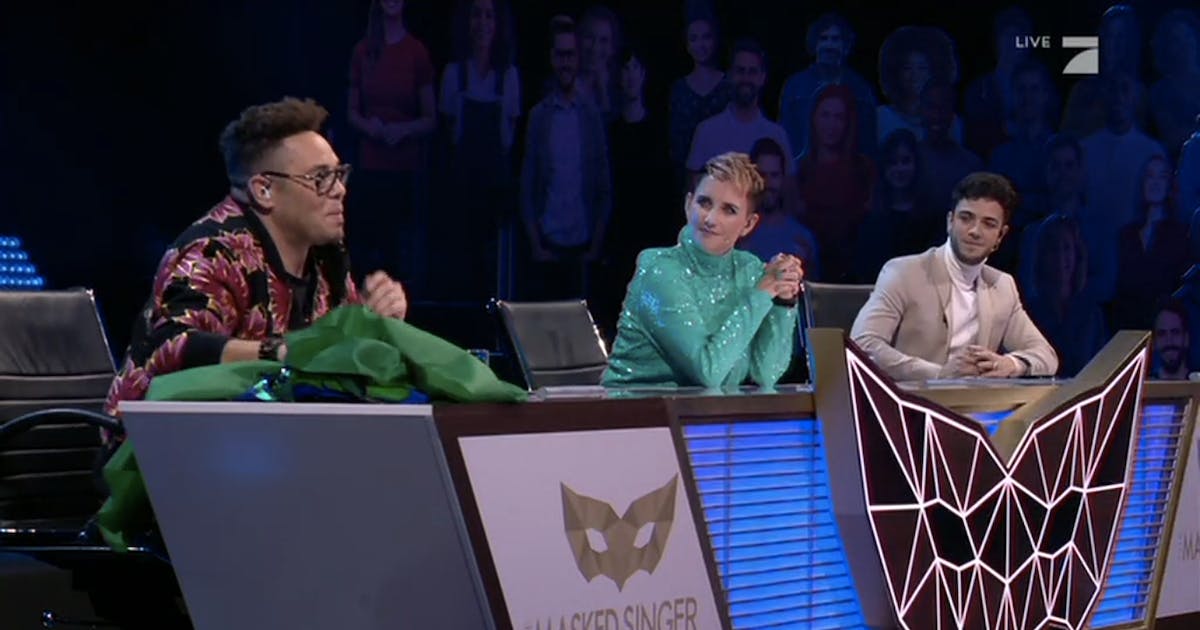 True to this motto (who is LESS possible) I would like to announce my personal suggestions here.

First the so-called owl took the stage. He has already indicated that the costumes look much cheaper than “Masked Singer Germany” (and gradually turned out to be anything but cheaper than the German big brother). Specifically, the poor owl looked like Harry Potter had just pulled her out of her ass.

Anyway: the creature sang Pink’s “Get this Party Started”. It wasn’t a pleasure. The riddle team (consisting of Steffi Buchli, Luca Hänni and Marc Sway, with whom half of the Swiss celebrities had already started) guessed, among other things Annina FreyWhat a deaf person heard, which of course is perfectly correct. That’s why I say: the owl is Daniel Koch. Daniel Koch is always and everywhere, especially when masks are involved.

The second was the “Swiss Lady” marmot. No doubt: it was Claudio Zuccolini. Personally, I fluctuate between Erich von Däniken is Daniele Ganser.

So it went on and there was actually no tension, which wasn’t bad at all. The comrade’s audience did their job well; the advisory team didn’t attract much attention in their relative lack of inspiration; the well-felt applause did not bother. You could also order the socks in peace. That’s exactly what I did in the duel between the particularly ugly St. Bernard (again Claudio Zuccolini; my advice: Pierin Vincenz) and the so-called chamois (Xenia Tchoumitcheva; I say: In the Jack – It has been well deserved in heaven for a long time, but only: that’s what you least expect).

The god of the sea, who appeared fifth: should actually have a home grown ProSieben Switzerland à la René Schudel it must be, because the company naturally also wants to make their puppets dance. But then it was Pascal Zuberbühler. In my opinion: the one and only globe (Blue keyword)! Nobody thinks about it – a fictional character who is in a fictional character. Brilliant! Agatha Christie would be proud of me.

The fox: 100 percent Tamy Glauser. According to my reading: Monsignor Wolfgang Haas (-> “where Fox and Has’ say goodnight”).

The bling-bling cow (a grotesque mockery of all cows): Piero Esternal (How about an excursion in Mami, Piero’s “super cool” Mercedes?). OR Andreas Glarner. OR Peter Bichsel. The Hedgehog: General Henri Guisan (Spine -> Resilience -> National Defense).

Eventually, the Gams had to take off their mask because they had received too few calls from the audience – and as I had correctly predicted above, it froze. Denise Biellmann in costume, of course: In the Jacks in one Denise-Biellmann-Costume. A request: never sing again! Incidentally, this also applies to the rest of the Swiss cuddly cemetery. Thank you / merci / thanks / grace / faleminderit!

back to home Page