Lisbon has an extra place for outdoor basketball. Located in Bairro dos Lóios, in Chelas, it is the result of the refurbishment of the field known as “Chicago” – built in 1992 by a popular Angolan Oliveira Donbell, and which has since become unusable.

The contract, under the responsibility of the Municipality of Lisbon and the Parish Council of Marvila, was handed over to Hoopers, a company that hosts an important community of sports enthusiasts and which also took care of the renovation of the iconic 3×3 space in Enguardas. , in Braga, inaugurated last September. 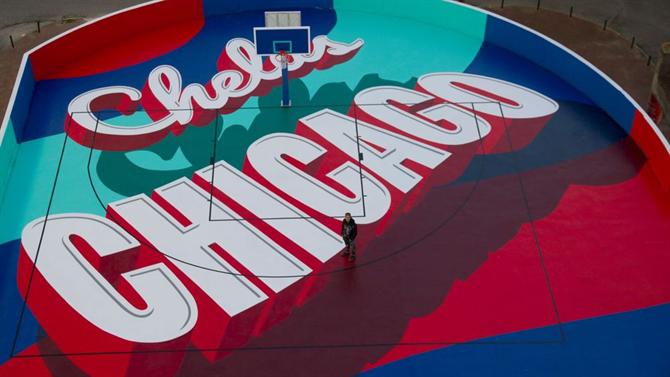 Urban art duo Halfstudio took over the artistic intervention, in a project to revitalize the “Chicago” that has won the sympathy of former users. Like Fred Umbelina, Benfica’s basketball coach Paulo Maposse, best known in the world of music by Daddy-O-Pop, rapper and partner of Sam The Kid in his first group, Official Nasty.

The opening of this space, in fact, has favored the recovery of musical memories and a return to the past, with a new performance together.