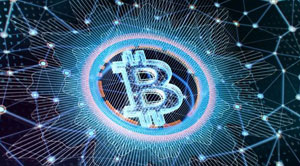 Traditional voting methods have seen some changes over time, they have traveled from paper ballot boxes to electronic voting machines, but these changes are only slight compared to the changes that technology has brought to other sectors. Digital voting practices have been tested for a long time but address their dangers of cyberattacks, machine errors, complex user interfaces and network congestion that have limited their application in the real world. Blockchain is one of these technologies that seems to be powerful enough to revolutionize electoral scenarios overcoming the dangers of digital voting. Transparency, immutability and self-authentication make the technology highly reliable for the purpose theoretically.

Blockchain technology can be useful for the voting process in the following ways.

• Safety: The distributed registers of blockchain are protected with cryptography and the data stored in them are encrypted making it less vulnerable to cyber attacks. Furthermore, the distributed ledger will bring transparency to the voting process and increase voter confidence.

• immutability: Once the data is stored in the blockchain ledger can not be tampered with and can only be viewed by entities on the network. This will result in greater trust and even eliminate any possibility of voting manipulation or any other type of error.

• Agility in progress: People still have to stand in long lines to vote at polling stations that kill their precious time. Thanks to digital and secure voting methods, voters would be able to save hours of waiting and long voting time can be reduced to a minimum with the high speed of calculation of blockchain technology.

•Savings: Electoral organizations all over the world have to spend enormously to run the elections and sometimes have to compromise with the resources because of the same procedure, but with the blockchain voting procedure the investment can be cut down automatically.

With the features proposed by blockchain it seems to be a good option to make traditional voting methods obsolete. However, the idea is in pilot mode and has been tested on a small scale in Sierra Leone and the results are satisfactory, but more research and development is needed to conduct national elections.