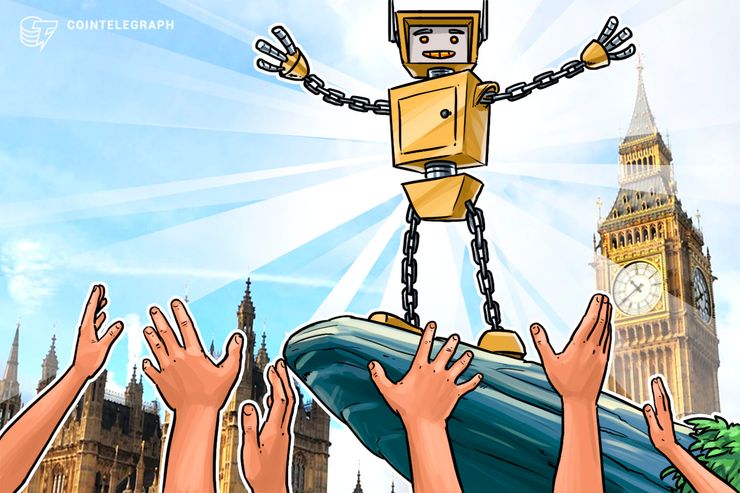 British Finance Minister Philip Hammond said the issue of trade across the Irish border after Britain left the European Union (EU) could be solved using blockchain technology, according to The Irish Times on October 1 .

Speaking at the Tory party conference in Birmingham, Hammond stated that "there is technology that becomes available […] I do not claim to be an expert on it, but the most obvious technology is blockchain, "when he was asked how the government plans to get trade without friction after Brexit.

Facing the future of the Irish border, the United Kingdom (United Kingdom) and the EU have agreed to leave the border between Northern Ireland and the Republic of Ireland open; however, the parties are still working on the question of how to make it a reality, Forbes reported in February.

The United Kingdom intends to leave the EU Customs Union, which would require border checks between Northern Ireland, a part of the United Kingdom and the Republic of Ireland, which will remain in the United States. ; EU. Although London has offered to sign a free trade agreement with the continental bloc, it would include rules identifying the countries of origin of products to ensure compliance, notes Forbes.

The implementation of the blockchain could be a tool to solve the problem of the Irish borders, since the technology allows to record the movement of the products in a transparent and unchanged way. In August, logistics giant Maersk announced the launch of a blockchain solution with IBM that included 94 organizations, with 154 million shipping events already acquired at that time.

In May, the National University of Ireland (NUI) of Galway published a study asking the government to promote blockchain more widely in the country. NUI proposes recommendations to increase awareness and adoption of blockchains, which can have a positive impact on economic growth and establish a basis on how government and Irish organizations conduct business.