Bitcoin’s price is approaching $ 16K, but it’s Ethereum that could shine in November 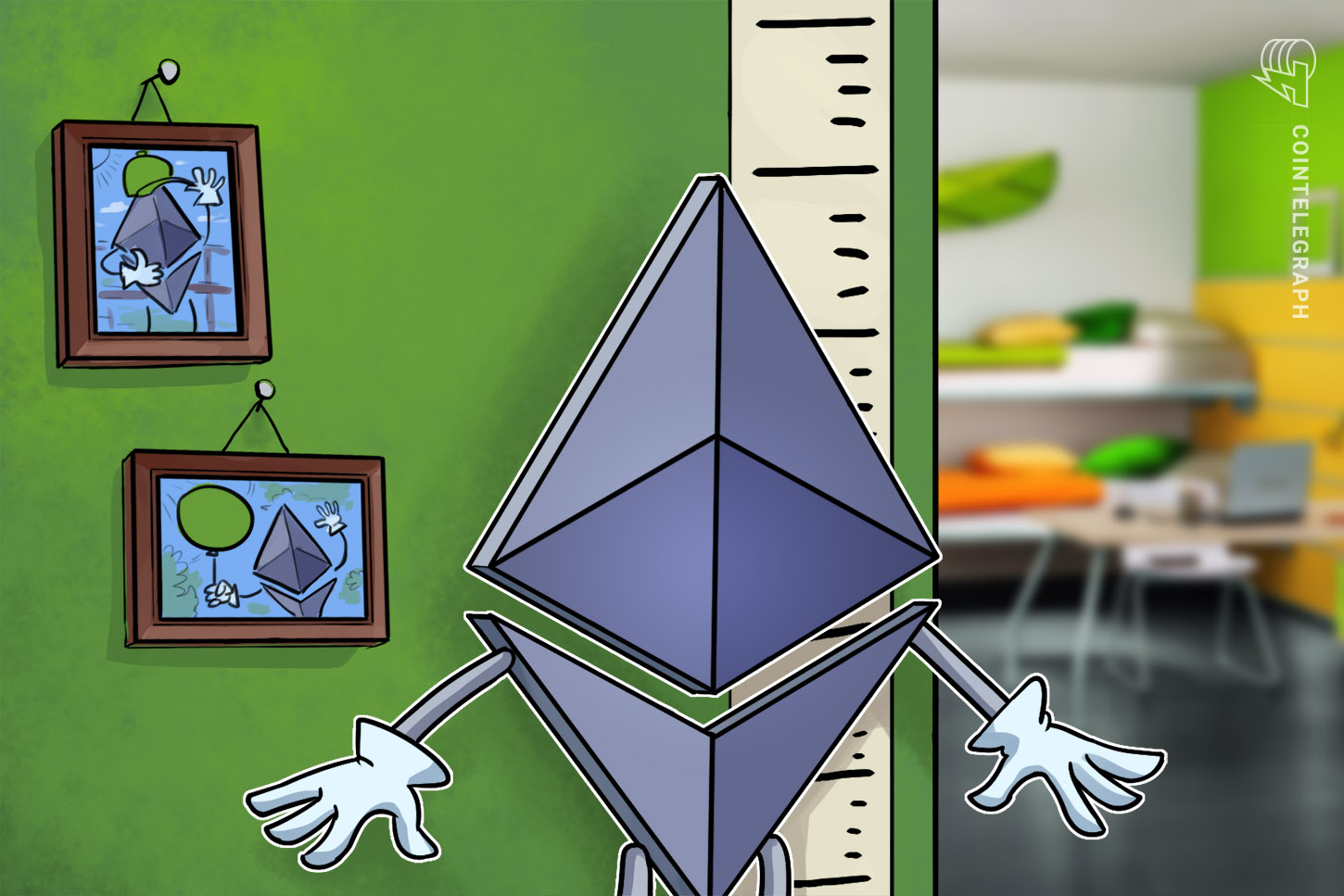 Bitcoin (BTC) price is approaching $ 16,000 after reaching $ 15,960 on Binance. Following the rally of the dominant cryptocurrency, analysts are now looking towards Ether (ETH). The native token of the Ethereum blockchain has seen a surge in momentum over the past week. After underperforming against BTC in October, the likelihood of a new ETH rally is starting to increase.

There are two main reasons why analysts expect Ether to perform well in the short term. Firstly, the capital in the Bitcoin market could shift to ETH following the announcement of Ethereum 2.0. Secondly, ETH recently tested a critical resistance level, increasing the chances of a larger rally. Given that the altcoin market has historically rallied after an initial rise in Bitcoin, the timing of an ETH uptrend is ideal.

Capital to switch from Bitcoin to Ether?

Since October 21, the price of Bitcoin has risen by around 33%. It has erupted from major areas of resistance, one after another, starting at $ 13,000. When Bitcoin initially surpassed $ 13,000, large clusters of whales formed at that level. It showed that the whales began to actively accumulate BTC, making $ 13,000 evolve into a support zone.

After BTC claimed $ 13,000 as a support level for the first time since July 2019, it has continued to rise. Over time, it confirmed $ 13,500 as the next support level, followed by $ 14,000 and, most recently, $ 15,000. When Bitcoin started to rise, analysts said it was bad for altcoins, as it started sucking most of the volume out of the cryptocurrency market. As a result, as Bitcoin rallied, many altcoins fell in value against both Bitcoin and the US dollar.

Bitcoin’s overwhelming strength from October to early November had a severe impact on the altcoin market, but Bitcoin’s price action showed that the market’s bullish sentiment towards cryptocurrencies has returned. As such, a net breakout above $ 15,000 could trigger more capital to diverge in high-risk games, which include Ether.

Denis Vinokourov, head of research at cryptocurrency exchange and broker Bequant, told Cointelegraph that Bitcoin’s capital could enter Ether and the Ethereum ecosystem. Over the past 48 hours, the decentralized finance market has performed particularly well after stagnating since early September.

DeFi tokens, such as Yearn.finance’s YFI and Uniswap’s UNI have risen nearly 30% after Ether’s sharp recovery. Hence, Vinokourov pointed out that the broader Ethereum ecosystem could soon benefit from the Bitcoin rally:

“All eyes could be on Bitcoin and soaring beyond the $ 15,000 level. However, the recent development update related to Ethereum could involve the rotation of some capital in Ethereum and its wider ecosystem. This does not mean that. say that Bitcoin will be actively sold, but the trend to block Bitcoin on the Ethereum network could accelerate and be put to work on oversold DeFi and DEX tokens such as Uniswap. “

On top of Ether’s historical trend to rise following a Bitcoin rally, cryptocurrency traders have said that ETH may soon rise against Bitcoin. Michaël van de Poppe, a full-time trader on the Amsterdam Stock Exchange, said the ETH / BTC trading pair has reached an important support area. Van de Poppe declared, “It took years, but $ ETH hit the 0.026 area that we talked about a lot,” calling it a great support zone for ETH.

The release of Ethereum 2.0 does its part

The release of Ethereum 2.0 in the near future is critical to Ether’s momentum, as updating the network would significantly increase ETH’s transaction capacity. This would allow the new DeFi cycle, if it emerged, to last long because it would reduce the risk of network bottlenecks and high transaction fees. Since Ethereum 2.0 supports staking, allowing users to allocate 32 ETH to the network in exchange for incentives, the circulating supply of ETH between exchanges could decrease.

According to Ethereum co-founder Vitalik Buterin’s blog post titled “Why Proof of Stake”, betting on Ethereum will reward users with a 15% return. Since the rate of return is based on ETH holdings and not the US dollar, if the price of ETH continues to rise, the staking incentives increase with it. Therefore, analysts expect more investors to accumulate ETH to participate in it, which would reduce the pressure on the selling side on it.

The market and the community have been anticipating Ethereum 2.0 for several years, but challenges have delayed its release. Ethereum 2.0 required several testnets with an immense amount of testing due to the complexity of the upgrade. The developers behind Ethereum 2.0 wrote on the Medalla testnet Github page:

“Before such a mainnet can be launched, we need testnets that mimic the conditions of the mainnet in the best possible way. This requires having stable, long-term and persistent testnets up and running that are supported not only by one client but by multiple clients, ideally, all clients. “

Sentiment towards Ether has become increasingly bullish as the launch of Ethereum 2.0 coincides with various favorable catalysts for ETH. A pseudonymous cryptocurrency trader known as “Loma” identified the fact that Ethereum 2.0 will remove approximately $ 1 billion from the market. As supply falls, Bitcoin’s rally is bringing back significant capital in the cryptocurrency as the ETH / BTC trading pair is forming a bottom formation.

The enthusiasm for Ethereum 2.0 intensified after Buterin’s personal wallet sent 3,200 ETH to an Ethereum 2.0 deposit address. According to the official Ethereum 2.0 release notes from coordinator Danny Ryan, if there are 16,384 deposits of 32 ETH seven days before December 1st, the Ethereum 2.0 upgrade can begin. After years of research, testing and implementation, there is finally a tough date for release.

The confluence of Ethereum 2.0 is approaching, which would benefit the entire Ethereum and DeFi ecosystem in terms of scaling, and the strength of the ETH / BTC trading pair makes a rally more likely in November and December. There is also the narrative that ETH rose significantly in January 2018 to its all-time high of $ 1,419, almost a month after BTC hit its record high of $ 20,000.