Bitcoin’s price managed to recover strongly from its last dip at $ 16,188 and hit a new all-time high on Binance and some other exchanges, but not all. The flagship cryptocurrency was slightly pushed back from the new high but remains trading at $ 19,700 with the aim of breaking the psychological resistance level at $ 20,000. 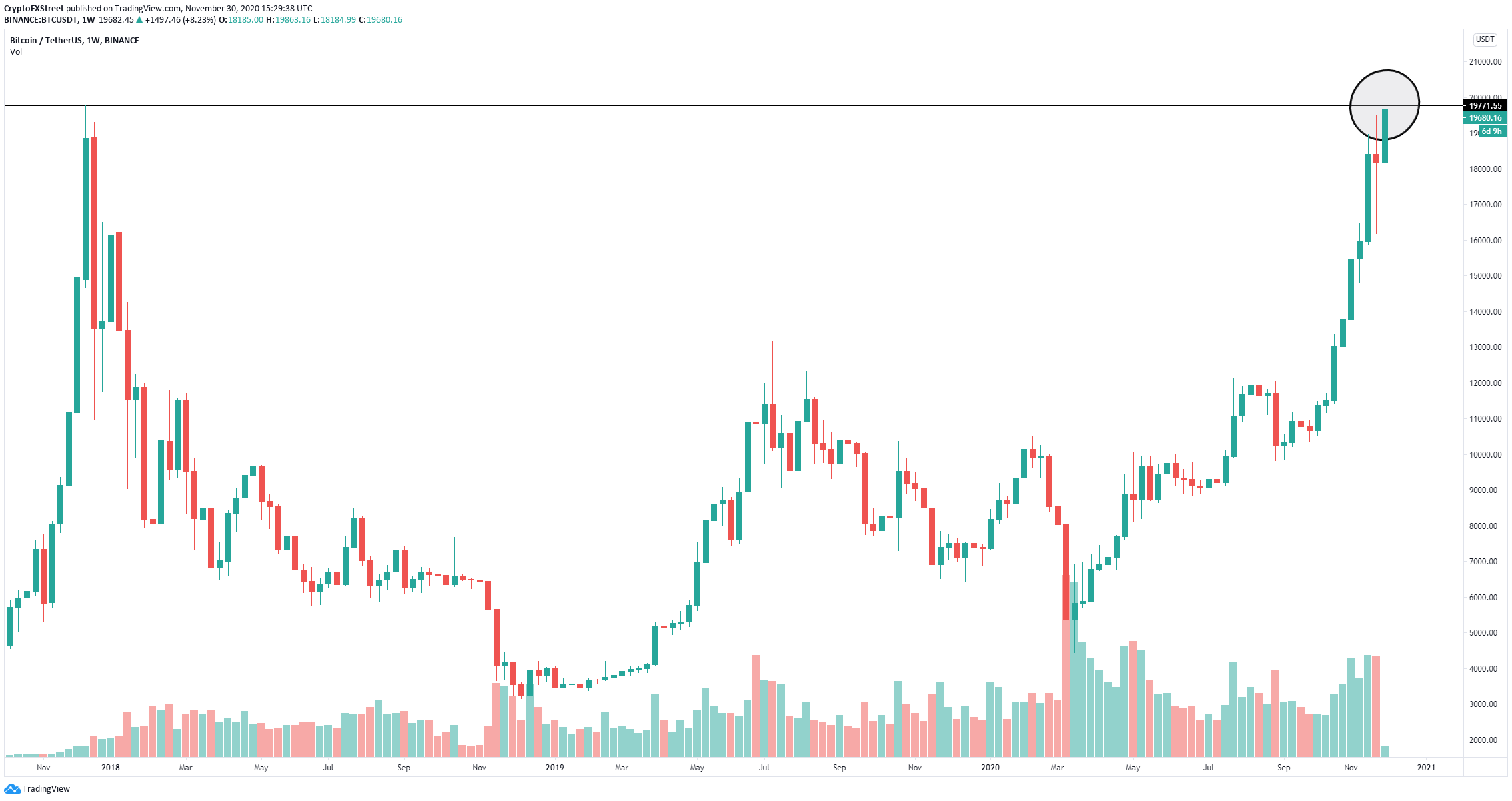 Like most cryptocurrencies, Ethereum managed to recover from the 23% plunge and is aiming for higher highs on Monday. There appears to be very little opposition above as the bulls are aiming for $ 720. 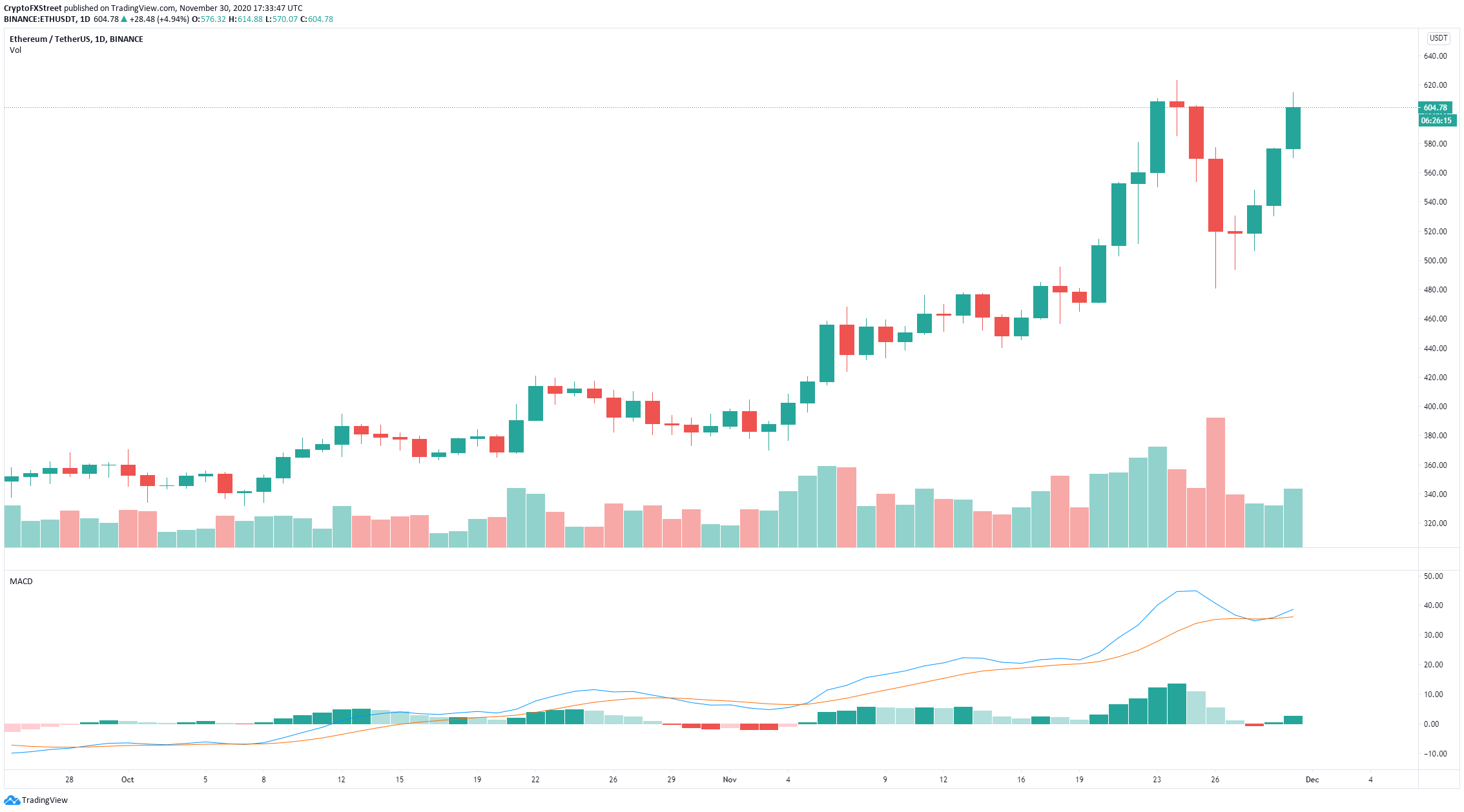 Ripple Price Prediction: XRP is on the verge of an explosive breakout

XRP was trading as low as $ 0.78 on November 24 before a short correction period to $ 0.456. Ripple’s price is trading at $ 0.655 at the time of writing, notably recovering from the decline and aiming for higher highs. 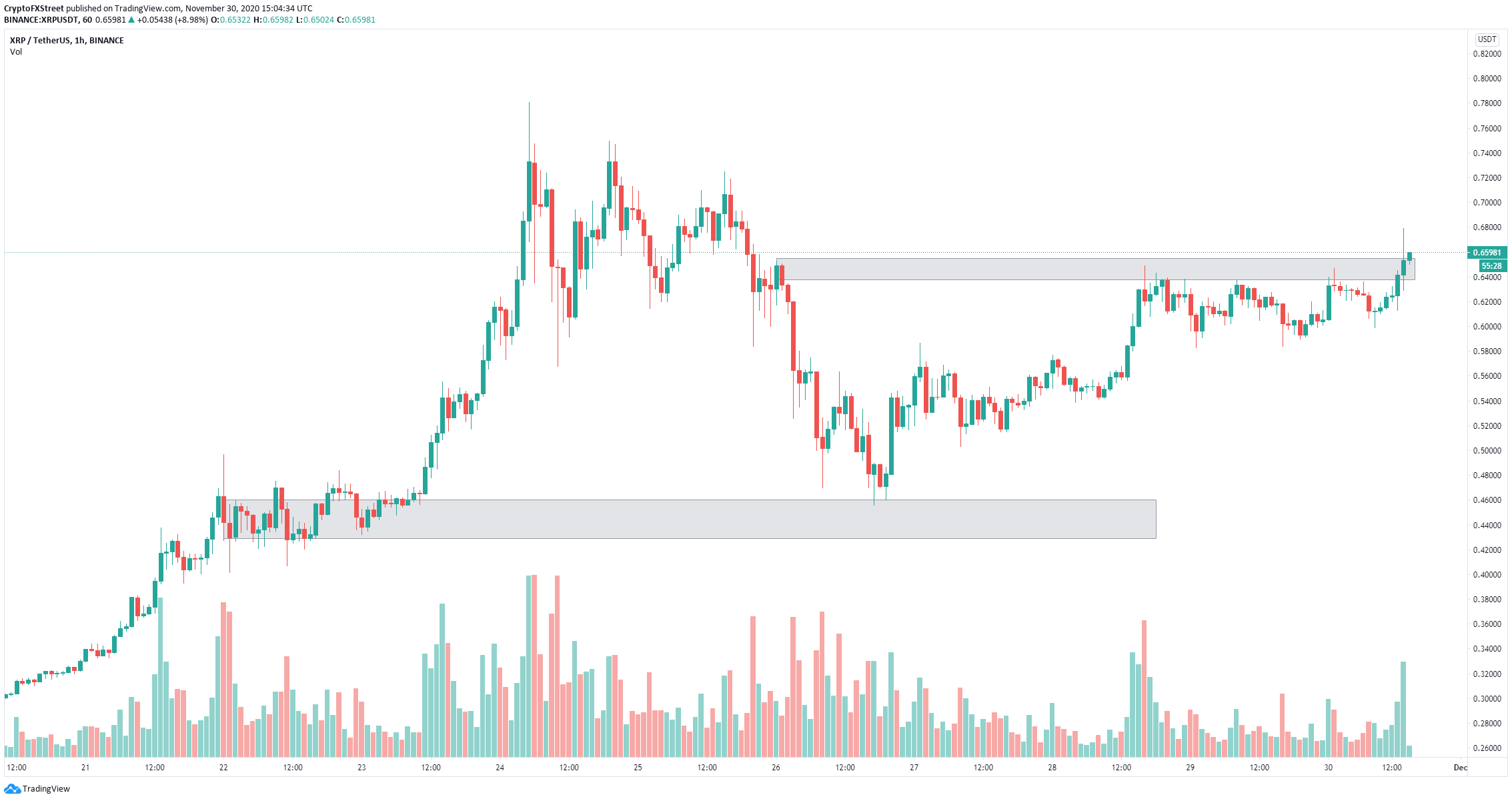