Because Blockchain is a good solution for KYC verification 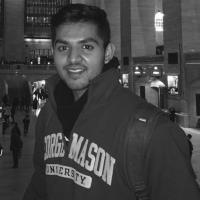 With the creation of blockchain technology, many traditional systems have become obsolete and need to be updated. Blockchain has demonstrated its capabilities with the conception of virtual currencies like Bitcoin and Ethereum, which they have completely
has revolutionized the global currency system. By linking blockchain-based applications, Dapp (decentralized applications), to smart contracts, you can greatly improve the efficiency and security of an existing system, which in turn reduces the whole
costs for companies.

The identity of a person can easily be verified with documents issued by the government, such as driving licenses, social security cards or passports. However, establishing an authentication factor for other sources of identification is a major challenge for organizations.
Defects in the security of such systems have led to repeated cases of financial fraud and money laundering.

Establishing KYC (Know Your Customer) processes within an organization is a tedious and necessary procedure. In addition to the large amount of paper documents associated with these procedures, a lack of transparency regarding the use of personal data that is
collected by customers led to inefficiencies in the collection of public data.

Global efforts to combat money laundering and financial crimes have become expensive for both governments and finance companies. Statistics show that in 2016 companies alone spent about $ 10 billion for money laundering compliance (AML). Consequently
of this, the financial services sector is looking for a new solution to the problem of identity and it is only now that a viable solution has come in the form of blockchain.

Blockchain will allow an accumulation of data from multiple authoritative service providers in a single database protected by cryptography. KYC verification through this type of architecture has the ability to be faster, safer and more efficient
compared to current verification procedures. Which in turn should, hopefully, win the trust of the general public.

By introducing blockchain solutions to manage the KYC process, the data will be available on a decentralized network and can therefore be accessed by third parties directly after authorization. This KYC system will also offer better data security
ensuring that access to data is done only after confirmation or authorization from the competent authority, eliminating the possibility of unauthorized access. This concept of blockchain-based KYC platforms is already being implemented by IT giants
like IBM, but will smaller institutions feel the need to use the blockchain or will they stick to more traditional verification procedures?

Government agencies also aim to benefit from the adoption of the blockchain, as risk officials will have better access to data, making the relationship between financial sectors and regulators more transparent. This provides the possibility of a massive reduction
in financial fraud and long-term crimes. Only time will tell what the real impact of blockchain technology will be on the KYC process. I'd like to hear your opinions on this subject, do you think that using the blockchain for KYC verification is a?
good idea?

Exterior | What does this mean?

This content is provided by an external author without modification by Finextra. Expresses the opinions and opinions of the author.