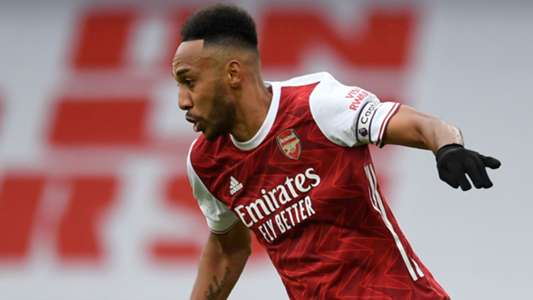 The Gabonese striker has been short on firepower this season, as has Mikel Arteta’s team as a whole, but he feels a spark is coming.

The Gunners were short on goals in the 2020-21 campaign. Only three teams, all of which sit in the bottom four of the Premier League, have found the target on fewer occasions than Arteta’s troops this season.

Arsenal have only nine goals to their credit, with Aubameyang scoring just two.

The captain of the club at Emirates Stadium was a talismanic presence during his time in North London, with prolific exploits earning him a lucrative new contract.

Standards have been lowered lately, with Aubameyang aware that the Gunners must start shooting and the 31-year-old is confident he will find form in the last third.

She said AfricaSports: “The biggest problem the club is facing right now is the lack of goals, but the manager and the rest of the players are trying to overcome this problem.

“Even if the results have not been good recently, we still hope that in the near future everything will be fine and we will surprise the world. We have the players who will take us to the level we want to reach. “

Inconsistency at either end of the pitch has remained a problem for Arsenal as they seek to establish forward momentum with Arteta.

The Spanish tactician conceded it, but he also believes there are fine lines to be found between success and failure and remains confident that his team will do well.

Arteta said: “If you see the results that have happened in the Premier League and why teams win or lose games, the margins are minimal.

“Teams are winning with one shot on goal or with two shots on goal. We want to improve it, of course we do, but there are also many aspects that I am really happy, excited and optimistic about.

“When I see the young talents we have here and the future we can produce for them, those are the things that really excite me.

“We know that we are going through difficult times because issues that have been going on for years in a short space of time do not change, it is all a matter of context and how we are working. It makes things more difficult, but we know we are Arsenal and our goal is to always be the best. “

Arsenal will play a Europa League clash with Molde on Thursday, before returning to the Premier League with a visit from Wolves on Sunday.