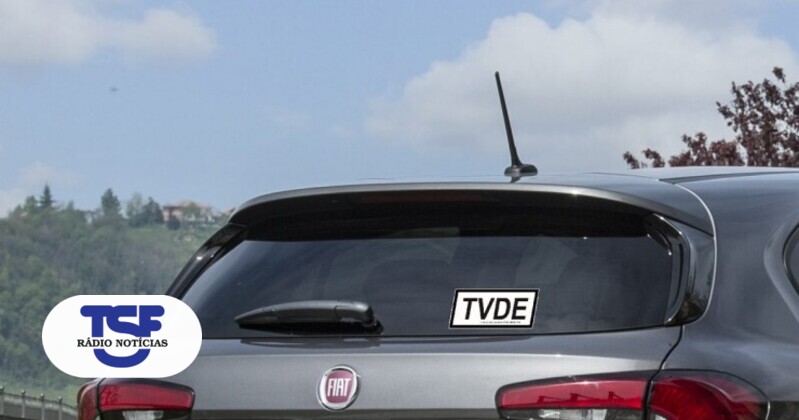 About 500 TVDE drivers gathered this Friday in the Parque das Nações area in Lisbon to start a slow car march to ask the government for a series of amendments to the law governing the sector.

Speaking with the Lusa agency, Paulo Machado, director of Fectrans – Federation of Transport and Communications Unions, stressed that transport drivers in vehicles without electronic platform features (TVDE) “believe that the regulations [do setor] existing is insufficient “and that the” platform acts completely unilaterally, even imposing penalties on drivers with whom they disagree or have the possibility of defense “.

“Another issue raised is the price of the work, posed by the platform, which is incompatible with the expenses that lead to the transport of passengers, causing competition to be somewhat aggressive and violent among the drivers themselves,” added the leader.

At 15:30, about 30 minutes before the slow car left, some drivers were inside the vehicles, while others were concentrated on the street, almost always wearing a mask, but without respecting the safety distance recommended by the General Management of the Health in the context of the Covid-19 pandemic.

Thank you very much for your registration.

According to the organization of the march and the PSP, at the time there were about 500 TVDE drivers participating in the initiative, accompanied by a police contingent of about 30 policemen.

Before starting the slow march, with final destination at the official residence of the Prime Minister, António Costa, and with visits to the Mobility and Transport Authority (AMT), the Institute for Mobility and Transport (IMT) and the Assembly della Repubblica (AR), to deliver a claim book, Paulo Machado appealed, using a megaphone, to the importance that drivers do not react “to any kind of provocation”.

At 4:00 pm, the cars started leaving the parking lot where they were parked, honking and accompanied by a police escort.

“The reason we are here today is to be heard, that is, to stop being an invisible sector, which has no voice,” said Angela Reis, pilot and partner for about four years, adding that the platforms “use an existing gap. in Law 45/2018 which provides them with all the tools to be able to manipulate the market “.

According to him, the rates are “extremely low” and the billing “is not sustainable for either drivers or partners”.

“We have people who can barely add fuel to start the car,” he said. “I can tell you that I had to bring groceries a fortnight ago to a colleague who became unemployed (…) because the Uber platform stopped paying some partners in August and September,” he added.

According to information from Uber, from October 29, drivers have been able to set their own fare, relating to the commission made available by the operator, to travel to Lisbon, where this measure has started.

If drivers do not intend to change their fare, they will continue to receive travel orders at the current fare: 0.90 cents per base fare, 0.09 cents per minute and 0.59 cents per kilometer, according to Uber.

Drivers can lower or increase their fares within a range between the 0.7x and 2x multiplier, this multiplier is applied to the basic fares, time and distance, as well as the minimum fare.