Another shock for Trump: I want my $ 2.5 million back 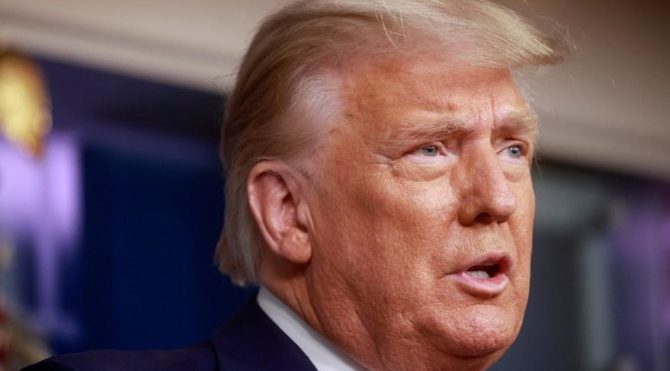 US President Donald Trump, who claims he was fraudulent in the election and that Democrat candidate Joe Biden won an unfair victory, is experiencing another shock …

North Carolina entrepreneur Fredric Eshelman, who donated $ 2.5 million to “True the Vote,” who supports Trump in the fight against opposition and irregularities in election results and says he is appealing to election results, he filed an application in court to get his money back. Eshelman said he did not trust the formation that Trump was named and that his money was not being used properly.

“OUR MISSION IS MUCH BIGGER THAN THIS CHOICE”

Eshelman said he donated $ 2.5 million to the organization called True the Vote, which is promoted as an electoral ethics organization that supports Trump, and said the Texas-based formation will contest election results in 7 swing states. will cite and reveal irregularities.

While Bloomberg was making the first news on the subject, Eshelman stated that True the Vote canceled this project and did not respond to its insistent calls, according to the lawsuit.

Trump’s team of lawyers also filed 38 legal questions regarding the election, all with negative consequences. It is true that the vote made a press release announcing: “Our mission is much greater than an election, and this is to fix the future electoral system”.

Tags 2.5 Back I want Millions More my dollar one Shock Trump'a